Great news for fans of Dogs D’Amour and Adam Bomb as the latter will be reuniting with the former’s guitarist to reform The Last Bandits and tour the UK in 2019. 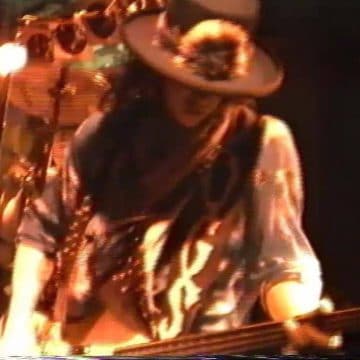 The following message was posted by James on The Last Bandits‘ Facebook page earlier today:

“The Last Bandits were formed in the early 90’s by me after my band The Dogs D’amour had a bit of a break, I enlisted the talents of Mr Adam Bomb as my partner in crime, he’d supported us the year before and we had become mates, we toured the UK with surprising success, selling out every venue finishing at the Marquee club wardour street to a sellout crowd,

Well guess what!! we are about to do it all again, this time me and Adam have recruited the amazing talents of a Mr Sam Hariss (The Sweet Things) to join us on this rock n Roll escapade playing Rock n Roll the way it should be , look out for details we will be touring in the spring,

“Check out The Last Bandits – my old band with Steve James from Dogs D’Amour. We’re getting it back together and we’ll be ripping it up all over the UK in 2019.”