The Last Vegas have announced a number of North American tour dates in support of their latest album Eat Me, which is to be released on March 18, 2016. 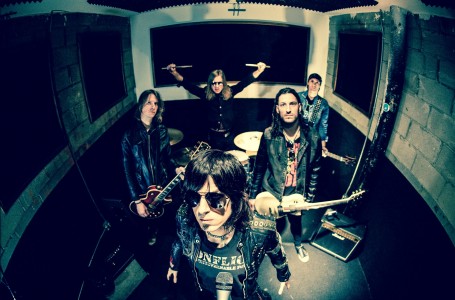 Sleaze Roxx stated the following in one of its two reviews of The Last Vegas‘ Eat Me: “What Eat Me has in common however is that all compositions swing with rock-steady percussion, assorted chunky guitar riffs, and multiple choruses amid dramatic start-stops throughout the record. With Eat Me, the band has confidently branched out from the shadows of being another “’80s rock” band and now own their matured sound. Fans of The Last Vegas will however feel at home with other tracks carrying their more fun signature sound such as “Bloodthirsty”, “Along For The Ride” and “Voodoo Woman.” One outstanding feature on Eat Me (as with all The Last Vegas albums) is the stunning display of Chad Cherry’s vocal range. Cherry covers so many different vocal styles and pitches that it often sounds as though the band has employed multiple lead vocalists.”