Aussie rockers The Lazys continue their rise to the top as they will be playing a number of key festivals this summer in Europe including the Bloodstock Festival and Wacken Open Air. The latter festival will be held in Wacken, Germany from August 1 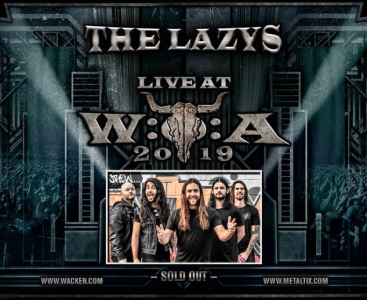 The following message was posted on The Lazys‘ Facebook page yesterday:

“This is hands down the biggest announcment for the band to date… This summer we are playing Wacken Open Air
??WACKEN??!!!! With so many good bands and it already being SOLD OUT, this is guna kick ass!! 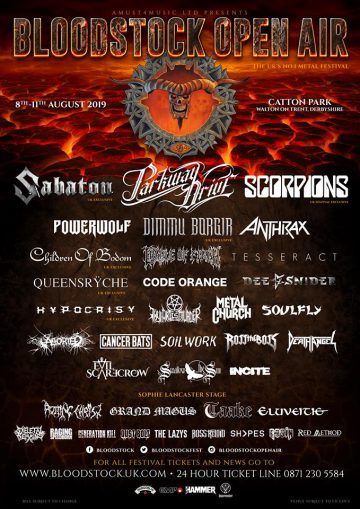 “Within a week of listening to The Lazys‘ Tropical Hazards earlier this year, I had the album pencilled in as Sleaze Roxx‘s top album of the year. The only question was whether a record would come along to knock The Lazys off their pedestal. As it turns out, there were a couple of worthy contenders but The Lazys were never really in trouble (pun intended). Ever since seeing The Lazys blow the roof off Lee’s Palace in Toronto, Ontario, Canada and headliner The Wild! along the way (which is no easy feat) back in April 2018, I have taken great pleasure in discovering the band’s music. As it turns out, The Lazys‘ story is one of perseverance and hard work to finally find “the sound.” If you listen to The Lazys‘ earlier records (mostly EPs) released when they were based in Australia, you’ll notice that the band took quite a while to find that near perfect rock n’ roll sound that is bestowed upon us with Tropical Hazards. Many bands could learn a thing or two from The Lazys who took the time to grow and learn musically, who moved from sunny Australia to Canada (of all places) to open more doors for their music career, and who simply put on a killer live show. All these things took a lot of time and a shitload of their own money but The Lazys are proof that if you work hard enough at your craft, you can eventually release albums that are on par with your heroes. It would be unfair not to mention that a large part of The Lazys‘ growth — musically and songwriting wise — is due to Billy Talent guitarist Ian D’Sa who took the band sort of under his wing and apparently molded them into killer songwriters.”