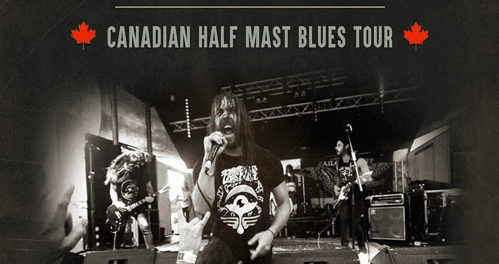 Great news for Canadian fans of The Lazys as the group will be embarking on a comprehensive 16 date cross-country tour of Canada dubbed the Canadian Half Mast Blues Tour from October 3, 2019 to November 2, 2019. 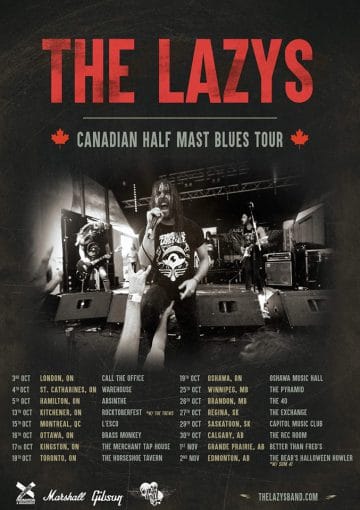 “Within a week of hearing The Lazys‘ new album Tropical Hazards in April 2018, I knew that the record would likely finish at #1 on the Sleaze Roxx’s Top Ten Albums of 2018. Even though I knew how great the album was and I tried to promote the band as much as possible on the Sleaze Roxx site from that point forward, I didn’t know whether the Sleaze Roxx readers would get it about the Aussie band that moved to Canada to further its career a couple of years ago. Apparently, I wasn’t the only one enamoured with The Lazys as the Sleaze Roxx readers voted the Aussie rockers’ latest album to a very impressive #5 finish on the Sleaze Roxx Readers’ Top 20 Albums of 2018. What’s interesting about The Lazys is that they have been around for more than a decade and have released four EPs and two full-length albums before Tropical Hazards seemingly propelled them to new heights or at least in the eyes of Sleaze Roxx and its readers. If you look at some of the greatest rock n’ roll bands out there from AC/DC to Judas Priest to even Def Leppard, it took a few albums before they really hit their stride and found their sound. Many bands never get to that point because they quit before reaching that stage. You’ve got to give credit where credit is due. The Lazys have worked very hard at mastering and refining their songwriting craft and with the help of Billy Talent guitarist Ian D’Sa, they have not only found their sound but have also gained a lot of fans in the process. The sky is the limit for this band.”