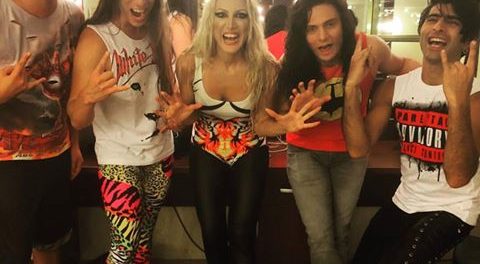 The Madcap release video for new song “Stepped On A Lego”

Turkish glam metal band The Madcap have released a video for their new song “Stepped On A Lego.” 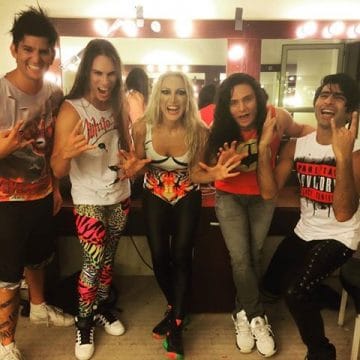 Earlier this year, The Madcap released a video for their song “Rock N’ Roll Revolution.”

The glam rockers consist of Izgi Gültekin on vocals, Deniz Sayman and Emre Sarıgün on guitars, Erman Erkılınç on bass guitars and Faruk Şenel on drums, and are quite adept at playing covers of some of the best ’80s and ’90s songs.

Back in March 2016, Sleaze Roxx interviewed The Madcap band members and asked why the group had only released one original song at that time. Gültekin replied:  “There are few reasons for this. First of all, we’ve been playing covers until now. We wanted people to recognize us as an original band. We want to play in rock/metal festivals this summer, at least the ones in Turkey. So until then, we need a few singles and music videos. An album, on the other hand, is a harder and a longer process so going that way would mean skipping big opportunities this year. Also, we want our followers to really understand what we tell with each song. And we think releasing one by one is a better way to achieve this because people have more concentration on one song at a time instead of the whole record.”

The Madcap‘s “Stepped On A Lego” video:

The Madcap – Stepped on a Lego