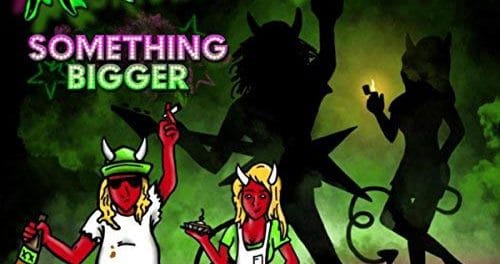 Omaha, Nebraska, USA based The Midnight Devils have recently released their debut album Something Bigger as well as a lyric video for their song “Generation Durt.” The group consists of Sam Spade on lead vocals and bass, Chris “Sniper” Hineline on guitar and Jimmy Mess (ex-Pretty Boy Floyd) on drums. 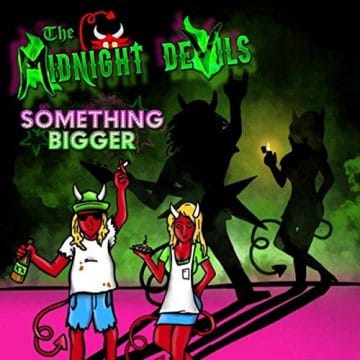 The group’s press release on July 13, 2018 stated: “Today is the day! The Midnight Devils have released our debut album, “Something Bigger” and it’s Glam Rock like you’ve never seen it before! A little bit punk, a little bit rock n roll, and whole lot of attitude. We’re here to have a good time, so if you want to party then get on board. 11 tracks of glam slam boogie woogie rock n roll, tossed in the gutter and kicked around just for fun. Those of you that saw us at Rocklahoma 2018, or one of our many shows across the country know whats up. This aint for the faint of heart, we’re not pretty boys, we say bad words, we wear more makeup than your girlfriend, and our pants are tighter than a frogs ass. We’re not for normal people… but for those of you wild animals that like to walk on the wild side and get a little weird….we might be just what you’ve been waiting for.”