The Midnight Devils consisting of Sam Spade on lead vocals and bass, Chris “Sniper” Hineline on guitar and Jimmy Mess (ex-Pretty Boy Floyd) on drums have dropped a video for their track “Highway 69” from their sophomore album Never Beg For It, which was released via Pavement Entertainment back on July 1, 2022. The group just returned from a 10 country tour across Europe as support for Enuff Z’Nuff. The Midnight Devils will also be opening for Enuff Z’Nuff for a number of shows in select southeastern US states in January 2023 (the dates and cities are on the tour poster below). 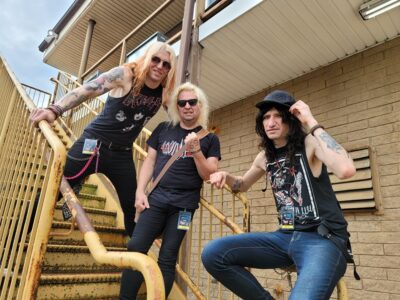 Sleaze Roxx stated the following in its review of Never Beg For It: “The production is crystal clear and the band members are tight in a sleazy, shambolic way. Jimmy Mess is as solid a drummer as you will hear and the aforementioned Sniper is practically faultless throughout. Sam “Spade” Morris‘ bourbon soaked vocals enhance the proceedings immensely, though — at times and on certain tracks, it seems a little repetitive and lacking in variety. That being said, this is an extremely minor quibble. Even if there are two or three tracks that will employ the skip button for me, this is still on the whole a fine, sleazy album with mainly memorable, chorus driven songs in the finest spirit of the genre. It’s absolutely perfect for that late night road trip return from seeing them live and with the window down!” 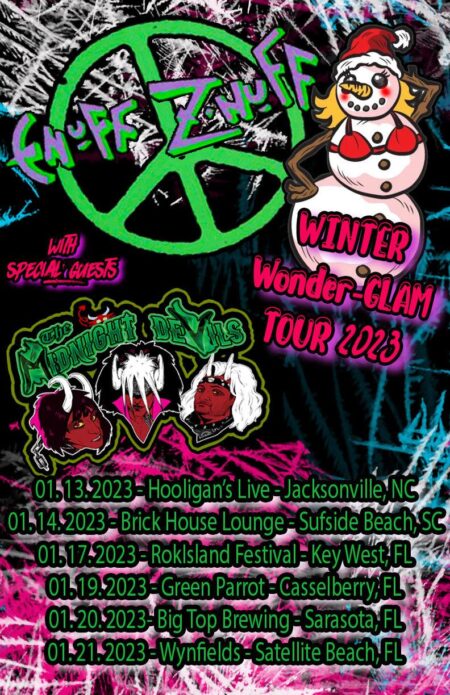