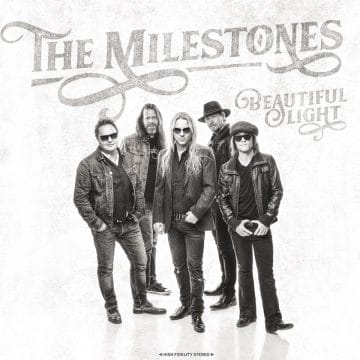 Finnish classic / southern rockers The Milestones have released a third single titled “Drivin’ Back Home” from their upcoming fifth studio album Beautiful Light, which will be released on March 1, 2019.

“Finnish classic rock band The Milestones release third single and album art video “Drivin’ Back Home” from their upcoming fifth album Beautiful Light. ”This song was obvious choice as the third single. It shows where our roots are. The song could be from any of our albums. It sums up the essence of The Milestones sound. When you listen to it and close your eyes you can imagine fast car driving through the night, smell the burning rubber, see all the bars and people rocking out on the streets living their rock and roll dreams. When the night is over you can drive back home with a big smile on your face. It’s good old fashioned rock and roll at its best ” the band says.”

The Milestones‘ “Drivin’ Back Home” song: