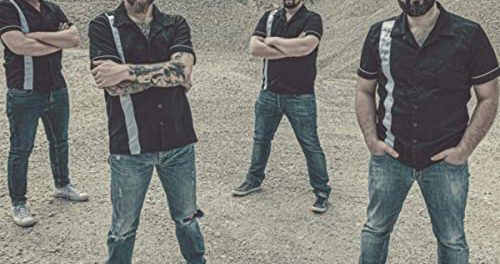 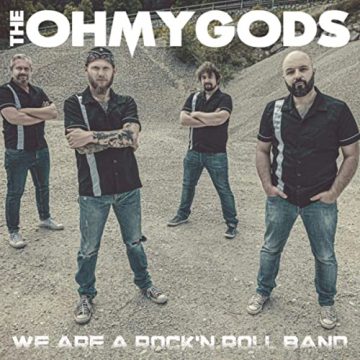 Italian rockers The Ohmygods consisting of lead vocalist Robbie, guitarist Matze, drummer Grueni and bassist Lexhave released their debut video for their second single “We Are A Rock’n’roll Band.”

Speaking to Sleaze Roxx back in May 2020, The Ohmygods frontman Robbie was asked whether there’s an EP or album in the works for the future to which he replied:

“Well, we recorded two songs in November. The idea was to release the first single “We Are A Rock’n’roll Band” in March, the second one,“Fire In The Hole” in June, record and release a third and a fourth single in autumn / winter, and then plan the recording and release of the first full album for the first half of 2021. Then this whole Covid-19 thing came out and we have had to adapt, like everyone else. We had to switch the two singles, because we planned a “real action” video for “We Are A Rock’n’roll Band” and we cannot film it at the moment. We don’t even have “real” band photos, because we planned to shoot them while making the video, and that is all postponed now of course, even though it shouldn’t be long now. At this point, we are seriously thinking about just directly doing the full album next. This is also because, as you can imagine, we have written a lot in this period of quarantine! Fingers crossed for a 2020 release.”

The Ohmygods‘ “We Are A Rock’n’roll Band” video: