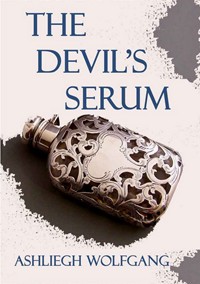 When asked about his current change of artistic direction Wolfgang told SleazeRoxx.com, “It’s something that I’ve always done off and on for as long as I can remember. The problem has always been that I’m entirely too critical of my own work and unlike being in a band there hasn’t been anyone to veto my decisions if I think something sucks. I’ve actually written two full-length novels that I ultimately tossed out instead of releasing them in any capacity. I’ve been writing for other people in different capacities for years between selling term papers (I know I suck) and doing copy work and product reviews for different companies. I finally decided that not having a creative outlet was kicking my ass and so I said the hell with it I’m going to release something.”

“The novella that I decided to release is called The Devil’s Serum and it’s pretty much a supernatural love story,” the singer continues. “I figure that a novella is a good introduction to a new author because you’re not committing yourself to hours upon hours to something that you may end up hating. I’m nearly done with the follow-up which will also be a novella but a bit longer. Right now everything is word of mouth and I’m busting my ass to get the wordout.”

As far as the future of his former band goes Wolfgang says, “Sadly there isn’t anything going on with The Orphan Punks, but we do keep in contact and it’s always a possibility.”

‘The Devil’s Serum’ is currently available for purchase at Amazon.com.