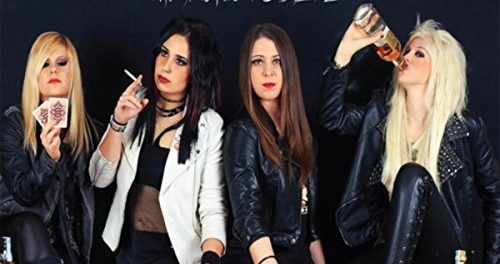 All female hard rockers The Phoenix have released a video for their song “Party Hard” from their debut EP My Turn To Deal, which was released through Demon Doll Records on February 2, 2016 and promoted by Atomic Stuff Promotion. 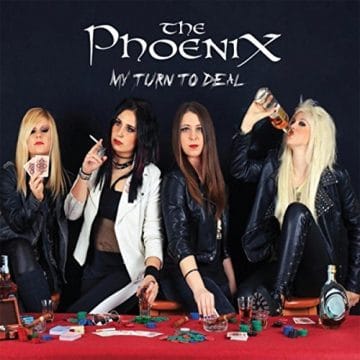 Sleaze Roxx stated the following in its review of The Phoenix‘s My Turn To Deal:

“The ladies in The Phoenix show what good production coupled with catchy songs and melodic guitar riffs can result in with their debut EP My Turn To Deal. Although the songs might be a tad lighter than what I would usually gravitate to, it’s fair to say that the more I listen to the songs on The Phoenix‘s My Turn To Deal, the more and more I like them. What I also appreciate about The Phoenix‘s debut EP is that there are only four songs and they are all good ones. No filler stuff added to this debut album!

While at first I thought that the EP closer “You Can’t Stop The Rock ‘N’ Roll” and “Party Hard” were the weakest songs and the first single “My Turn To Deal” was the best one, my thought process has changed the more I listen to the EP. My favorite tracks are now the last two. “Party Hard” is the heaviest track and takes you on a bit of a journey tempo wise compared to the other tracks.”

Lyrics below—Music video by The Phoenix.Taken from the EP “My Turn To Deal” 2016.DIRECTED BY Filippo Cinotti – VMultimedia ProductionsLOCATION: Rock Pla…