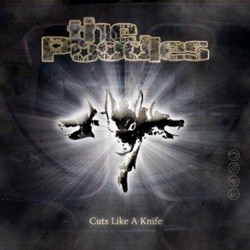 The Poodles Get Ready to Release ‘Performocracy’, Samples Online

Watch out! Out of Sweden, The Poodles release their new album ‘Performocracy’ on April 15th in Europe and May 5th in North America.

The title of the album is a combination of the words “Performance” and “Democracy”, meaning “The power of Performance” or “Rule by Performance”. The album was again produced by Mats Valentin, but this time Tobias Lindell (Europe, Mustasch) mixed the 12 outstanding tracks that make up the CD. “I think we have followed through on what we started with the last album, “Clash of the Elements”, explains singer Jakob Samuel. “Besides continuing to work with producer extraordinaire, Mats Valentin, we took a step further with some of the material that was hinted at on “Clash of the Elements”. On “Performocracy” there is a more epic and darker character to some of the songs that we wanted to explore in more detail. Having said this, we have definitely stayed with a lot of the signature melodic elements that are trademark of the band”.

The first single off “Performocracy” is “Cuts like a knife”, which promises to entice both Poodles fans and anyone with a passion for rock n’ roll. The song will impact at radio on February 21st and the single will be released digitally only on March 3rd. A video produced by Steve Ravic, who also shot and produced the band’s landmark DVD release “In the Flesh”, will accompany the release of the first single. After the gold and platinum records that the band was able to achieve in their home country Sweden, now it is time for them to take on the world !

“One important aspect of having a few releases in the bag is that you know more what you want as a band” adds bassist Pontus Egberg. “Someone once said that “if you want to dream big, you have to dream in great detail”. To us this means that we take all the knowledge and experience that we have acquired from our previous efforts and use that to plan ahead and make our dreams bigger.”

As the album title suggests, performing songs live is the reason for what The Poodles are as a band. A full European tour is planned for the early fall of 2011 and in conjunction to this The Poodles will also head to South America and Japan to support the release of “Performocracy”. For the summer of 2011 The Poodles will take part to festivals and shows with a focus on Sweden.

Stay updated following The Poodles on poodles.se or on facebook.com/the poodles.

“Performocracy” will include the following tracks:
I Want It All (MP3 sample)
Until Our Kingdom Falls
Father To A Son
I Believe In You
Cuts Like A Knife (MP3 sample)
As Time Is Passing
Love Is All
Your Time Is Now
Action!
Bring Back The Night (MP3 sample)
Vampire’s Call
Into The Quiet Night
Don’t Tell Me (Bonus Track)

Heavy Metal has never been more exciting and the new album promises to be a milestone in rock n’ roll history!