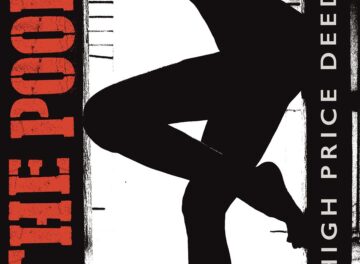 Australian rockers The Poor consisting of frontman Anthony “Skenie” Skene, bassist Matt Whitby, drummer Gavin Hansen and lead guitarist Daniel Cox have unveiled a lyric video for their latest single “Let Me Go” from their upcoming studio album High Price Deed, which will be released via Reckless Records on February 3, 2023. You can pre-order the record High Price Deed via the following link: https://bfan.link/high-price-deed. 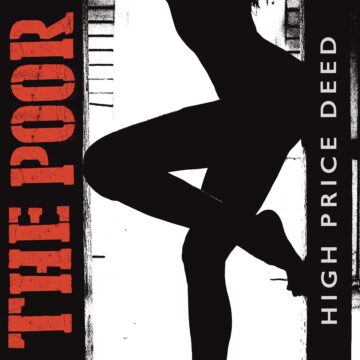 The caption for the YouTube video indicates in part (with slight edits):

“”Let Me Go”, “Payback’s A Bitch” and “Cry Out” comprise The Poor’s first new music in 12 years, with their back catalogue now available on digital platforms. Time has not wearied this band. Still delivering their unabashed four-on-the-floor rock, these songs herald a new era for The Poor, headed up by lead guitarist Daniel Cox’s premiere songwriting collaboration with the band. For more information, head to thepoorband.com.

Sleaze Roxx stated the following in its review of The Poor‘s debut full-length album Who Cares, which was released back in 1994:

“Before Airbourne made an attempt at becoming Australia’s rock successor to AC/DC, there was another band back in the late ’80s called The Poor Boys who were being touted as Australia’s next big rock export. And what better way to go about that than to have a drummer with Young for a surname who, if I recall correctly, was somehow linked to the famous Young family. If anyone can confirm this, and the relationship, please do so in the comments.

The Poor Boys released two — now rare and hard to find E’s — Rude, Crude & Tattooed in 1992 and Underfed in 1993 before deciding to change their name simply to The Poor to avoid conflict with an American based band who were also going by the name of The Poorboys. In 1994, The Poor released their debut album titled Who Cares, which reached the top five of the Australian music charts and spawned a few well received singles. Tours of the USA, Europe and Japan soon followed. To put things simply, The Poor were a straight up, fun, energetic pub rock band clearly inspired by other Australian band such as Rose Tattoo, The Angels and of course AC/DC. Their songs were full of big riffs, great musicianship and they were fronted by a vocalist who seemed to have a voice straight out of an ashtray.”