The Pretty Reckless release video for song “Oh My God” 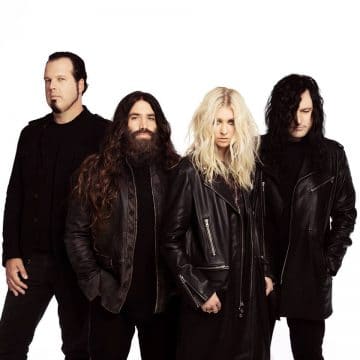 New York rockers The Pretty Reckless have released a video for song entitled “Oh My God” from their upcoming new album Who You Selling For, which was released via Razor & Tie on October 21, 2016.

Sleaze Roxx stated the following in its review of Who You Selling For: “In my experience, there are two camps with opinions on The Pretty Reckless. Either the band is pandering to the mainstream, or they are creating adventurous, modern hard rock. I tend to fall into the latter camp. Sure it’s not wrapped with fist in the air, leather cladded attitude. But The Pretty Reckless offer something many bands don’t any more… nuance. They have a subtlety to their music that is sorely lacking in today’s sphere of hard rock influence. Much like The Answer’s new release Solas, Who You Selling For searches for heart over attitude, and the album has been done really well.”

Sleaze Roxx went on to conclude in its review: “Ya, I like this album. I like this band. Took me awhile… years… to appreciate what they do and how they do it. The Pretty Reckless‘ success can’t be ignored, and it is groups such as these that not only inject new ideas into the hard rock scene, but keep it alive and vibrant on otherwise bland and predictable mainstream rock radio.”