Back on March 29, 2022, The Quireboys posted the following succinct announcement via their Facebook page: “The Quireboys have parted company with Spike and will continue as a 5 piece with all other current members.” 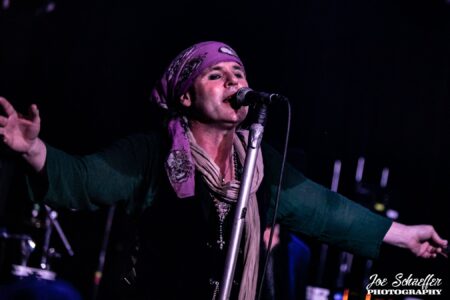 Spike was quick to respond on March 29th with the following message on his Facebook page:

“Just to clarify, I have received a letter from 3 of MY band members informing me that my services are no longer required to sing or perform with them. I will release an official statement shortly but for now, my sincere apologies go out to you all and I would like to express my heartfelt thanks and gratitude to all my fans who are supporting me through this difficult time. Many of you I have known for years and consider my friends. Thank you for your love and support. Rest assured I will see you at the bar very soon.

The Quireboys posted the following announcement on their Facebook page earlier today:

“Further to our initial statement last week regarding The Quireboys parting ways with Spike, we’d like to address some of the questions and speculation that have arisen.

Spike was informed of our decision to part ways with him via a phone call from the band’s manager two weeks prior to receiving the letter, which was just legal confirmation, as he refused to speak to us. Spike has consistently declined to meet and discuss band issues over the course of the past nine months.

Our decision was not taken lightly and is the culmination of not just months but years of persistent problems, as many working in the music industry know. 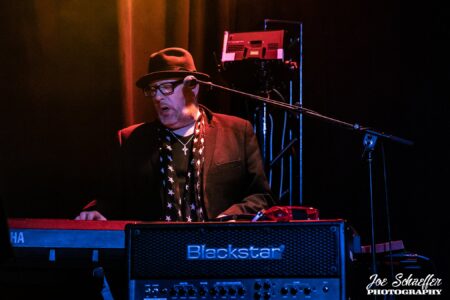 Most recently we had to deal with his last-minute nonappearance on the Monsters of Rock Cruise as well as the double-booking of solo shows in a bid to jeopardise contracted Quireboys shows, including those in France this past weekend and our forthcoming US tour. There are many more instances of cancelled shows and systematically trying to undermine us, thus, causing stress and uncertainty to the band, crew and families.

Spike’s solo performances are not and have never been an issue, but doing them without any consultation with the band or management is. Our shows are booked months in advance of being announced and all band members receive the dates in good time. It is up to us all individually to manage our calendars accordingly and to ensure that any other projects we have do not interfere with The Quireboys schedule. Ultimately, if we do not fulfil our contracted tour schedule, the band makes no money and any deposits would need to be refunded.

We have been trading as The Quireboys through a business registered with Companies House & HMRC for many years, a company Spike was asked to join but declined, preferring instead to be hired on a freelance basis, ‘cash in hand’. Therefore, there is absolutely no fraudulent use of the name by us. Spike does not legally own the band or the name.

The pandemic hit our company and band hard, as it did many in the industry. After an 18 month struggle to pay bills and keep the band solvent whilst supporting our families, we were dismayed to come into possession of a contract that Spike’s Agent had been sending out on his instruction stating: “Please note that The Quireboys will not be performing any ‘unplugged’ shows in 2022” – and so just like that, 50% of our future income was gone before we had even had a chance to play again.

None of us asked to be put into this position. We are a band who has been playing together for over twenty years with nine albums’ worth of music to our name. In addition, as most fans would know, Guy Griffin has played on every Quireboys album to date, writing many of the tracks you love. 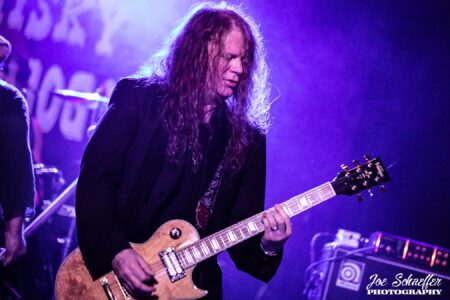 Let the music do the talking.

It didn’t take long today for Spike to respond via the following message on his Facebook account:

“Once again, I find myself having to clarify points made about me that are untrue, misleading and somewhat dismissive – and at a time when I have aimed to be dignified, respectful – and avoided proactive attempts to make divisive statements.

Personally, in recent weeks I have been focussed on supporting two dear friends who are seriously ill and, well, there are sometimes more important things in life than shouting about band line-ups. Given what so many people have been through in the last two years, I’m sure many will understand the need for empathy, dignity and perspective.

First and foremost, I would like to put the music fans first and thank the Quireboys fans from the bottom of my heart for the enormous show of friendship and support in the last week. It has meant so much at a difficult time and I’ve needed some time to process the shock of events in the last week. However they now try to re-cast events, I was not expecting their letter and it had a brutal, cold conciseness to it that was so sad.

Looking forward, I would like to make clear that I have not resigned or walked away from my own band, The Quireboys, and I have no intention of doing so. As the founder, only original member and singer of The Quireboys, this is my band, I created the intellectual property that made the band distinctive. Further, I hold the trademark to the Quireboys name and I also have the name registered with Companies House. My former band members, I believe, work under a different business name – not the Quireboys. With Guy Bailey, I penned the benchmark Quireboys songs – such as Hey You, I Don’t Love You Any More and 7 O’Clock – which have defined the band musically for decades and, to this day, remain the hallmark songs of any Quireboys show. 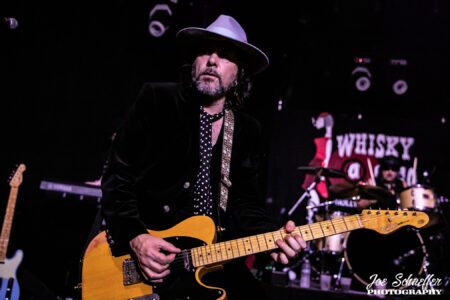 During lockdown, the band was inactive as a touring entity and various things made us grow apart, which was sad. I invited them to play the Dice FM show which was declined. As lockdown ended in early Summer 2021, I set out to do some informal acoustic shows to help get people back into small, local venues. To be clear, the Quireboys were not touring at this time and were in fact rescheduling shows into 2022. They were not active. I was greatly saddened at this time that there were attempts and threats by a band member to disrupt these shows, specifically of me doing some impromptu gigs as Spike from the Quireboys – which I have always been. Subsequently, I was shocked to then find myself locked out from The Quireboys social media accounts without any explanation. It was around this time that I went into the studio to record the vocals for the re-recorded version of ‘A Bit of What You Fancy.’ Despite writing these songs with Guy Bailey, no one personally sent me a copy of the final recordings or artwork. In my mind this said a lot about a lack of friendship or respect towards me.

Things like this add up and, sadly, change the dynamic between members of a band. The attempt with today’s Facebook post to discredit me is riddled with inaccuracies. I’m shocked and appalled some of my former band members think it’s fair game to say anything about me they see fit, whether it’s true or not. To some, the post may read like an attempt to claw back favour after the understandable fan reaction to their decision to sack me last week.

Despite the breakdown of relations during the pandemic, band members have seemingly booked some shows without my prior agreement. I understand they now need to honour these commitments but they will need to move forward under a new name.

I will return with a new Quireboys line up. In fact some of you will probably recognise a few of them.

All that’s for another day. For now, I have some solo dates to play, some personal matters to attend to – and then it’ll be time to plan the new era for the Quireboys. I would never quit the band that’s been my life, in the same way I’d never walk out on my fans that rightly expect me to front a band I started – a band called The Quireboys.

I will be seeing you at shows and at the bar for a drink very soon.