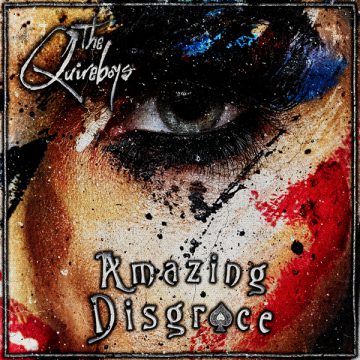 UK rockers The Quireboys will be releasing a new studio album titled Amazing Disgrace via Off Yer Rocka Recordings on April 5, 2019.

With any pre-order via Off Yer Rocka Recordings, the purchaser gets a free choice of CD from Black Eyed Sons (2014), St. Cecilia and The Gypsy Souls (2015), Twisted Love (2016) and This Is Rock N Roll Pt II.

Sleaze Roxx stated the following in its review of Twisted Love:

“I think I’m preachin’ to the choir here by saying that these UK boys were originally called the Queerboys out of Newcastle UK back in 1984. They ultimately changed their name to the London Quireboys for their first international release, A Bit of What You Fancy, in 1990, featuring the iconic “Seven O’Clock.”

A Bit of What You Fancy is the cornerstone by which the The Quireboys are supposed to be judged. I tend to disagree. While that was a classic album, Twisted Love is new, modern, and a mature outing for the band. It is as much The Answer as the Rolling Stones… southern US rock infused with British enthusiasm and sensibility.”