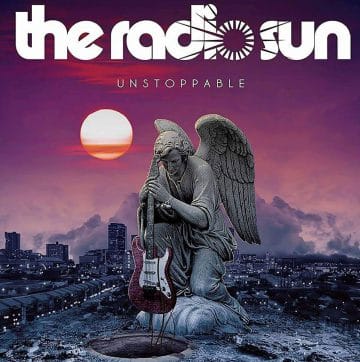 The following message was posted in part on The Radio Sun‘s Facebook page earlier today:

“Australian melodic hard rock band The Radio Sun will release their fourth full length album ‘Únstoppable’ on October 20th 2017. Vocalist Jase Old and guitarist Stevie Janevski have written a bunch of new catchy, well constructed melodic rock songs with the guidance of producer Paul Laine (solo, Dark Horse, The Defiants). Lush vocals and soaring solos are a big part of the band’s sound, further enhanced by bassist Anthony Wong and drummer Gilbert Annese. Andy Shanahan of Australian AOR favourites Roxus is a special guest on the forthcoming new album ‘Unstoppable‘. The Radio Sun guitar player Stevie Janevski goes on to say, “it’s awesome to have Andy play keyboards on a song and be a part of our new album. Roxus were by far the best AOR band Australia has had – a real honour!”

The Radio Sun will launch the new album by touring Japan, Europe and U.S.A over the next 12 months with another special performance at Hard Rock Hell AOR Fest 2018.

The Radio Sun – Unstoppable album is mixed by Paul Laine and shall be released on October 20th via Pride and Joy Music Germany, Anderstein Music Japan and locally in Australia directly via the band. *Pre order packages for the new album will be available shortly.”

The Radio Sun‘s “Standing On The Edge Of Love” video:

The Radio Sun – Standing On The Edge Of Love

The Radio Sun – Standing On The Edge Of Love from the band’s third album ‘Outside Looking In’.www.facebook.com/theradiosun