The Raskins claim L.A. Guns’ new song “Baby Gotta Fever” has same music as one of their 2014 songs 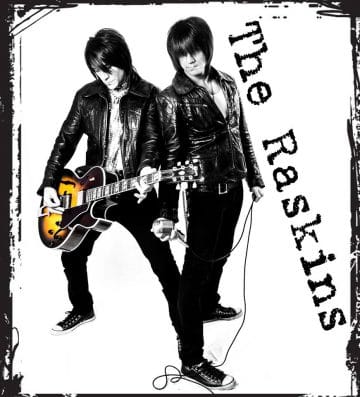 Are L.A. Guns guilty of copyright infringement? That is the question seemingly raised by The Raskins‘ Logan Raskin who is claiming that L.A. Guns‘ new track “Baby Gotta Fever” from their The Missing Peace album has the same music as The Raskins‘ track “Scream Out Loud” from their debut self-titled album released in 2014.

“Hey guys, so this was brought to our attention and was curious to know your thoughts….

L.A. Guns just released a new single. Is it me or Is this the exact same music from The Raskins Song “Scream Out Loud” released In 2014 on our debut album.

Take a listen. Which version do you guys like?

I mean i heard of writers block but this is ridiculous.

If L.A Guns needs anymore more songs let us know we got hundreds…”

Of note, it appears that L.A. Guns bassist Johnny Martin may have written the music to The Raskins‘ track “Scream Out Loud” as is noted in the Facebook comments below:

In an interview with Rock Music Star in July 2014, Logan Raskin advised how current L.A. Guns bassist Johnny Martin joined The Raskins: “And then, the bass player is a guy by the name of Johnny Martin. Johnny played in a couple of bands that my brother and I were pretty big fans of. So, I was very familiar with who Johnny Martin was, and we both knew that if we ever had an opportunity to play with a bass player, he would definitely be one of them. Troy [Patrick Farrell] was the one that actually met Johnny at a party, and he said to us, “I know you guys are looking for a bass player. Do you want me to ask Johnny Martin if he’s available?” I said, “Absolutely! Yeah, we’re very familiar with Johnny Martin.” He asked Johnny; he gave him our number. Johnny reached out to us and we hooked it up. Johnny came over and we hung out all day just to listen 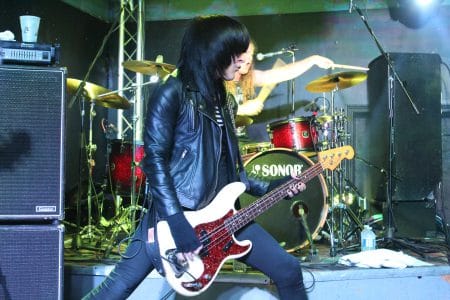 to records and play music, and we really clicked. So, we got Johnny and Troy on board.”

Of note, The Raskins opened a large number of shows for Mötley Crüe‘s All Bad Things Must Come To An End final tour which also featured Alice Cooper.

Blabbermouth reported in November 2016 that The Raskins were suing Mötley Crüe for $30 million with respect to that tour. An excerpt from the Blabbermouth article states:

Twins Logan and Roger Raskin claim they paid $1 million to open for the CRÜE in 2014 and had a contract negotiated by Artist Group International, but it wasn’t honored. Among their gripes, according to the Post: “THE RASKINS claim they were forced to play short sets in mostly empty venues after managers often refused to open the doors for shows; the public address system was turned off or interfered with during their shows; they weren’t allowed to sell merchandise or give them dressing rooms; and they were hit with heavy equipment.” In addition, the Raskin brothers claim that at one of the stops on the tour, crew members working for the headliners ran out on stage in monkey masks and sprayed THE RASKINS “with water guns filled with urine.”

“Although we were all in the venue by 6:50 pm, we could hear that a band was already playing. Luckily it was not Alice Cooper, but rather a group that I had never heard of called The Raskins. The band members, aside from the drummer, looked like the second coming of the Ramones with their haircuts and leather jackets. There wasn’t a whole lot of movement from the band despite the big stage that they had to work with. I could not tell if they were playing cover songs and/or originals, but I assume that at least a few originals were thrown in. Before long The Raskins‘ set was over, and I wonder how many people missed out them simply because everyone’s tickets presumably indicated that the doors would open at 7:00 pm.”