In a rather surprising twist, former Enuff Z’Nuff bandmates Donnie Vie (lead vocals) and Chip Z’Nuff (bass) have reunited for a song that appears on the band’s new studio album Brainwashed Generation, which was released today via Frontiers 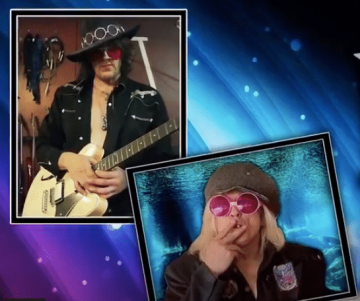 Music Srl. The song features Vie on lead vocals, guitar and keyboards; Z’Nuff on bass and backing vocals; and, Vinnie Castaldo on drums. The words and music for the single were created by Vie.

The caption on Vie‘s YouTube page for the single indicates:

“This is my contribution to the soon to be released new Znuff record, in appreciation to our fans who’ve grown hungry for something new, but like it used to be. I sincerely hope ya dig it. Hail ya all xo

Sleaze Roxx stated the following about the track “Strangers In My head” in its review of Brainwashed Generation:

“The anthemic “Strangers In My Head” features a guest spot from original Enuff Z’Nuff vocalist Donnie Vie, who is in peak form here with his soaring vocal harmonies, complete with a hooky chorus and underlying haunting organ melodies.”

Back in February 2020, Vie had emphasized that he didn’t quit Enuff Z’Nuff and that his last run with band as “internally toxic.”