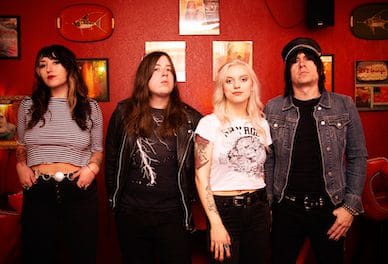 Sleaze Roxx is pleased to announce that Iowa, USA rockers The Rumours consisting of lead vocalist / rhythm guitarist Carli Foxx, bassist Ela Rose, lead guitarist StuThedew and drummer Daniel Kluiter will be releasing their new studio album Suck It on March 19, 2020. The new album will be available in digital, CD and vinyl formats. The group’s first single “Never Comin’ Back” will make its premiere on Sunday, January 26th on Eastern Iowa’s Rock 108 during the Noise From The Garage program. 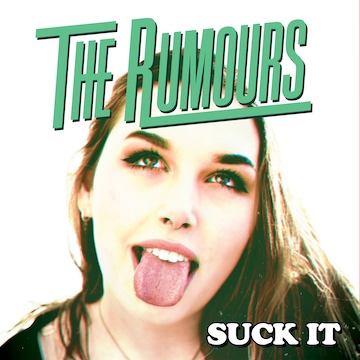 The Rumours will be throwing five album release parties in the US Midwest with the dates as follows:

Speaking exclusively to Sleaze Roxx, Kluiter was asked how The Rumours‘ new studio album Suck It differs from the band’s previous album Hot Bang to which he replied: “Well, with the new album, we took a bit more time to record and it’s better production. We spent a bit more time fine tuning some things. More attention to detail I guess you could say. It’s still very raw and definitely dirty and in your face. We recorded at the same studio with the same engineer but we had someone else mix it this time. We worked on it on and off throughout 2019. We’re very proud of it and excited to get it out there. It’s very much an old school rock record, which is much needed right now.” 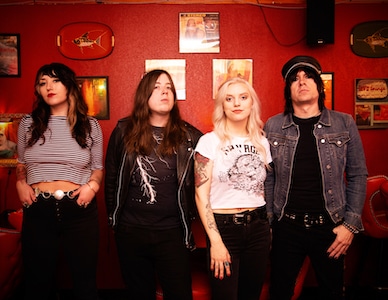 The Rumours signed with Kivel Records back in late 2017 and although their album Hot Bang was re-released through the label, the plan to release a new album in the fall of 2018 never materialized. With respect to why it didn’t work out between The Rumours and Kivel Records, Kluiter indicated: “As for Kivel Records, I don’t think we were a good match for each other. So we just parted ways and decided to go back to doing our own thing and have all the freedom we want. We’ll have a webstore soon so fans will be able to order all our stuff, including the new album, through that. So we’re excited about what we’re doing and where we’re at right now.”

In terms of what’s the rock n’ roll scene like in the state of Iowa (with a population of over 3 million), Kluiter stated: “Iowa has a pretty wide variety in the music scene. There may not be a ton of straight up rock like us but metal is a huge thing and there’s quite a bit going on overall. There’s lot of punk and indie bands as well. The big rock station over here, Rock 108, has a program every Sunday night called Noise From The Garage and they spin a wide variety of bands from Iowa and the Midwest in general. They will be premiering the first single from our new record on this Sunday’s show, so we’re stoked about that. But really, if you get out there and mix it up in the scene, you will see a lot of bands having each other’s backs, regardless of genre. We have a lot of friends that are in bands of a lot of different genres.”

Finally, in terms of The Rumours‘ remaining plans for 2020, Kluiter advised: “We’ve already played a couple great shows to kick off 2020. Next up is opening for Enuff Z’Nuff on February 1st in Janesville, Wisconsin. After that, we gear up for the album release parties, beginning March 19th in Minneapolis. We will be doing quite a bit of touring throughout the year. The first chunk of dates will be announced soon. Some really cool stuff is already confirmed. Blind Anxiety Entertainment is handling most of our booking and they have been great. So we’re excited about everything laid out in front of us. 2020 is off and rolling with a hot bang for sure!”

The Rumours‘ “I Want Your Love (Want Your Drugs)” video (from Hot Bang album):

Official Music Video for The Rumours “I Want Your Love (Want Your Drugs)”, from the album “HOTBANG” and also featured in the August 2017 issue of Classic Roc…