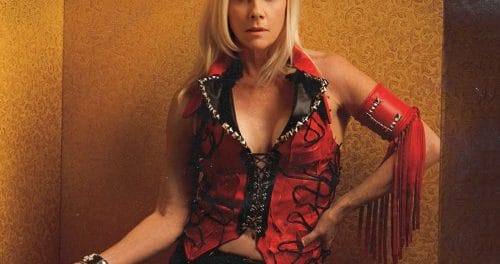 In terms of the album taking 10 years to make and whether there was any pressure to rush the record, Currie revealed (with slight edits): 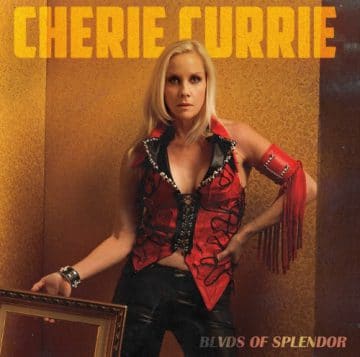 “Well actually, it was made just about 10 years ago, and at that particular time I guess Blackheart didn’t feel it was the right time to release it. That I don’t know. The thing is, is that when I was ready, they weren’t ready, and then vice versa. Often I’d be doing another project, and then they thought they’d released it, and then it didn’t happen. And then I had an accident in 2016 which took me out for a year, and then I just kind of just thought the album is just never going to come out. I just kind of made peace with all of that, and so now they’ve decided this is the time for it to come out, and I’m grateful because it is a kick-ass album.”

With respect to getting Sorum to produce the album, Currie indicated:

“I didn’t get Matt Sorum. I was very, very lucky. He had reached out to me to sing on his wife’s record, and I was in the middle of doing PR with Ken Phillips for The Runaways movie, and when I finally got back to him, of course, her recording was done. I had just been asked to open for Joan Jett at the Pacific Amphitheater in 2010, and I didn’t have a band because I hadn’t performed in years and years.

I called Matt and of course, he said he didn’t need me for the session, but I said, “Do you know anybody I could open up at Pacific Amphitheater for Joan? Haven’t played in years, do you know a drummer, do you know people that might be interested in backing me?” And he goes, “I’ll be your drummer.” I was shocked. I was like, “What?!” And he goes, “Oh, I’ll help. I’ll put a band together for you. You don’t have to worry about that.” And he put together the most kick-ass band.

I brought my son Jake Hays in as well, and we rehearsed so hard for that show, and just kicked ass. And then when the show was over, Matt just walked up and he goes, “We’ve got to make a record.” I was like, “Right…” But he was serious, and before I knew it he had me in studio recording Roxy Roller to see how it all meshed. The guy just took this whole situation by the reins, and he believed in me, and he masterminded this amazing record.”

You can read the rest of the interview with Cherie Currie by Angel Alamo at XS Rock‘s website.