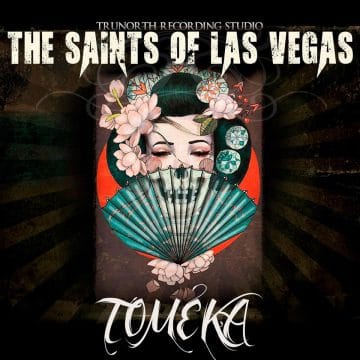 “In the early 90s just before Faster Pussycat broke up I wrote a song about a crush I had. The song might have made it on a Faster Pussycat record if we stuck together. I couldn’t use the girls name, it didn’t sing very well. but I had an iguana named Tomeka. Lol it seemed to sing better. You can now download it on CD Baby and soon iTunes Amazon and Spotify. #thesaintsoflasvegas #fasterpussycat #sleazerock #tomeka #crush #firstlove”

“I tried to sing the song myself but Anthony voice fit the song very well and I’m very pleased with how well he did and I can’t wait till our next single.”

You can purchase The Saints Of Las Vegas‘ new single “Tomeka” via CD Baby.