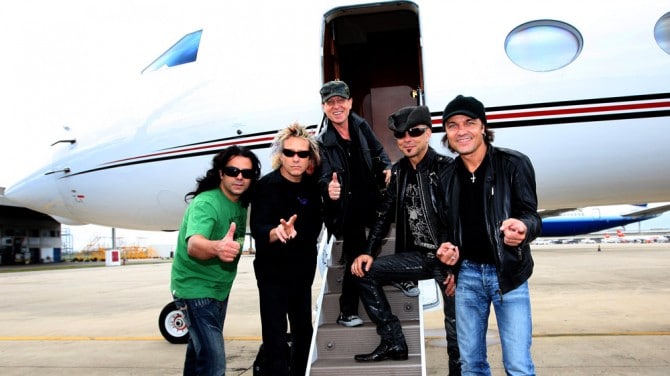 Three years, five continents, the last tour. ‘Big City Nights’ is a story of a band and their dream — a documentary from Deutsche Welle.

A legendary band calls it quits. The Scorpions are by far the most successful German rock band and one of the most successful international acts of all time. After more than 40 years and 2,000 concerts in 60 countries, they will make their final curtain call and step away from what has defined them for decades — their fans, their tours and their way of life. And along the way, the band will show once more what they do best: playing live.

They will be performing more than 200 concerts in their final three-year tour and using the time to record a farewell CD with original and covered songs. ‘Big City Nights’ will accompany them on their journey — from Thailand to Russia, Germany and Belgium to Brazil. Highlighting the true emotions of the fans, the crew and the band.

The final farewell is still in the distant future — but all involved realize more and more that the last concert is on the horizon. The movie will also take a look the band’s beginnings with archive material from the most important moments in Scorpions history — the happiness, sadness, setbacks and despair. Companions and friends like Jon Bon Jovi and Paolo Coelho describe the Scorpions “phenomena”. In addition, ‘Big City Nights’ will accompany them in the recording studio in Hannover and take a look at their private lives.

Deutsche Welle is producing the 90-minute documentary. Partners are ZDF and Sony Music. Executive producer is DOKfilm Potsdam. The film will be directed by the internationally renowned documentary and filmmaker Katja von Garnier. Filming of “Big City Nights — The Scorpions Film” will run into 2012. The documentary film will be premiered in early 2013 and be broadcast on DW-TV and arte. A DVD will also be produced and made available.

‘Big City Nights’ tells of the rock legends from a provincial German city. It is the farewell to a band that has made history.

More details and a trailer of the film can be viewed at www.dw-world.de/scorpions/en/.