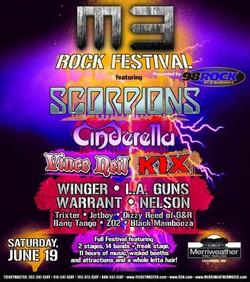 The Scorpions Round Out M3 Rock Festival Lineup

Tickets for this event can be purchased at www.m3rockfest.com.