While there is no doubt that it’s very disappointing that the Melodic Rock Fest in Australia has lost many acts such as FireHouse, Eclipse, Crazy Lixx, XYZ and Paul Laine for failing to meet its contractual obligations as well as its original venue The National Theatre in the last week and a half, kudos have to go to the promoters for trying their best to salvage the situation. 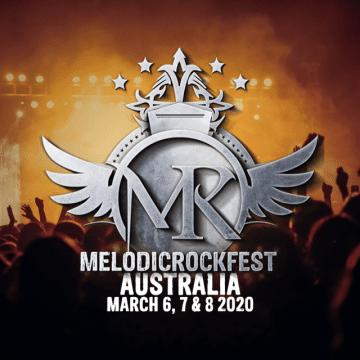 The Melodic Rock Fest in Australia was first scheduled to take place in Melbourne from March 6 to 8, 2020 but has now shrunk to a one-day event that will take place at The Croxton Park Hotel in Melbourne on Saturday, March 7, 2020. The line-up is still a spectacular one (especially if you forget what was originally announced) with Reckless Love, FM, Enuff Z’Nuff, Kip Winger, Ron Keel, Janet Gardner, Midnite City and a number of national acts including White Widdow.

“Melodic Rock Fest 2020 is pleased to announce The Croxton Park Hotel as the new venue for this weekends festival.

Built in 1844, The Croxton Park Hotel in Thornbury is an old school pub that has had a long view of Australian history, from the gold rush to the Diggers to World Series cricket.

Sometime in the mid-twentieth century, a huge ballroom was built onto the back of the pub. It became one of Melbourne’s most successful live music venues in the seventies and eighties – literally, anyone who was anyone played at ‘The Croc’ in those days, from AC/DC and Skyhooks to Rose Tattoo, INXS, Men at Work, Mondo Rock and Midnight Oil.

Decades after a golden era of pub rock ended, The Croxton had fallen off the radar, but under a coat of the dust, the room remained a superb space for live music. It has an epic 14 metre wide stage and perfect sightlines no matter where you stand. Croxton Train Station is around the corner, High Street trams are out the front and there’s a 300-space carpark across the road.

What’s not to love?

With Thornbury fast becoming the coolest ‘hood in Melbourne’s inner north, it was time to wake the sleeping giant. With a fresh look, a phenomenal new PA and a totally overhauled front bar, The Croxton Bandroom is back.

Due to recent cancellations, MRF has been cut back to one day of music with international superstar acts Janet Gardner, Kip Winger, Reckless Love, Ron Keel, Midnite City and Enuff Z Nuff performing with local artists.

The day will run on Saturday the 7th of March – Door sales only on the day for $100, or if you have a TicketBud pre-purchased ticked show it on the door for entry.

Running times for the day are as follows: