The Straddlerz re-release video for track “Streets of Love”

The Straddlerz featuring lead vocalist Linda Filippin and guitarist Michael Reynal have re-released their video for the track “Streets of Love” with the remastered audio version, which will appear on their debut self-titled album, which will be available on January 29, 2021. The original version of the video for “Streets of Love” premiered on Sleaze Roxx back on July 12, 2019. 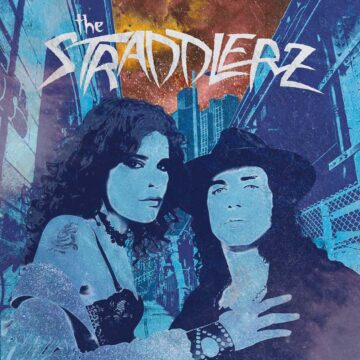 Sleaze Roxx stated the following in its review of The Straddlerz‘s debut self-titled album:

“From the first bits of “No Changes”, you kind of get a hint that something good and rocking is present but once Filippin‘s vocals fire in, all guesses are gone. In rock and roll, there are powerful female vocals but when it comes to The Straddlerz, we’re talking a 100 miles past the tonsils, over the gums, and across the jaw to leave a mark. A great combination of raw and raspy with an extra shove and while not a 100% clear, the dirty energy works perfectly with the loud guitars and kicking rhythm section of energetic tunes like second single “Streets of Love,” very early ’80s L.A. metal sounding “Open Your Eyes,” as well as the bar blistering “I’m Alive.” There’s virtually something in the mix for just about every fan of loose sleaze rock and metal, and even with the grittier, raw punky edge courtesy of the final double blast of “Without You,” and “Junkie Bastard” that wraps a pounding crunch of a track up with slightly distorted vocals for a cool angst-filled effect.”

The Straddlerz‘s “Streets of Love” video: