If there was any doubt about The Struts trying to bring rock back to top 40 hit radio and glam back to the mainstream, they are being quelled after the band released a re-issued version of their 2014 European release Everybody Wants in North America on Universal Music this past week. 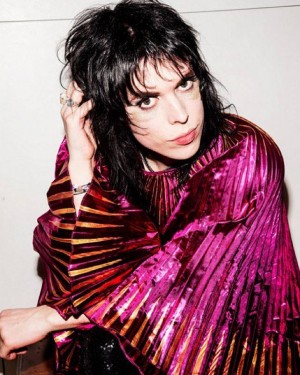 In an interview Yahoo Music did with lead vocalist Luke Spiller, he revealed “I’ve got a taste I can’t really define. I know I’m really influenced by ’70s glam rock – the British movement that happened with Bowie and Marc Bolan, etc. I just like what I like. I’m practically a cross-dresser.”

When asked about The Struts‘ influences, Spiller went on to say “What I’d like to think what The Struts are doing is what bands when I was, like, 15 or 16 were doing to me. I discovered, at that age, bands like Queen and Led Zeppelin, and for me it was all amazing and brand-new, despite how old the music was… I kind of hope we would be a bit of fresh air to our audience. That would be an achievement.”

The complete video interview can be found here.

Sleaze Roxx’s review of The Struts EP Have You Heard… stated: “Listeners will however also find a heavy Queen influence on tracks such as “Where Did She Go” and “Could Have Been Me.” While not completely drenched in the sleaze genre, there are a few tracks that stick out to catch Sleaze Roxx readers’ attention. “Kiss This” is an extremely catchy sing-along anthem about breaking up, and “Put Your Money On Me” is as catchy as anything from Cheap Trick‘s heyday.”