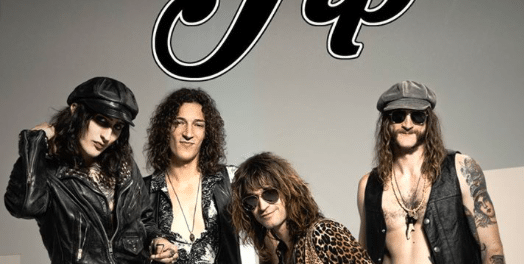 Is this the end of the Nashville, Tennessee rockers The Tip. The group has just announced that it is cancelling its touring activities for the foreseeable future due to “internal reasons” with no suggestion that those dates will be made up later on.

The following message was posted on The Tip‘s Facebook page earlier today: 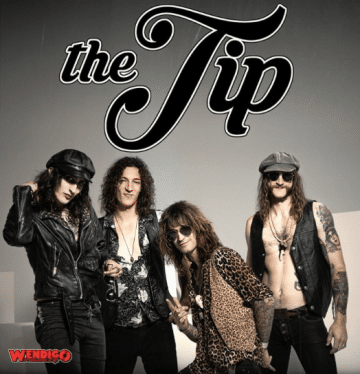 “Regretfully we’d like to announce that for internal reasons we have to cancel our touring activities in the foreseeable future, including the 2020 European Spring Tour. A very special thanks to Teenage Head Music, the entire team at Wendigo Productions, all promoters and club owners we’ve connected with and especially, all of you beautiful rock and rollers who came and showed us your love and support. We’ve had an absolute blast and made memories for a life time! You all rock!”

The Tip‘s “Story” on their Facebook page indicates (with slight edits):

“With the hunger and desire to play raw, high-energy rock and roll, the members of The Tip founded the band in Nashville, Tennessee in the summer of 2014. Not wasting any time, the band quickly hit the road and released an EP, followed by its full-length self-titled debut album in 2015. Persistent touring activity around from coast to coast, countless home town shows and the 2016 album release of “Sailor’s Grave” have led to opening spots for The Darkness, Buckcherry, Sebastian Bach, Geoff Tate’s Operation Mindcrime, The Last Vegas and back to back festival appearances at Rocklahoma.

In 2017, the band continued to work the road in the U.S. and released “Sailor’s Grave” on German label SAOL, which caught the attention of local and other European rock media resulting in many positive reviews in publications such as Classic Rock, Metal Hammer and Rock It! Magazine (*see press). In 2018, the band appeared at the annual Kid Rock Cruise after being hand picked by the man himself during a Nashville encounter, toured the North and South East and was asked to open for L.A. Guns. The Tip kicked off 2019 with its first European tour, which brought the band’s wild and dynamic blues and rock’n roll to 13 countries in 50 shows, including London’s Camden Rocks Festivals. The Tip is currently working on a new album and booking more tours in Europe for spring and summer 2020.

The band’s music is a manifest to its no-nonsense, adrenaline fueled, hard-rocking attitude. As the song proclaims: “What you see is what you get, no we ain’t fakin’ it!””

The Tip‘s “Welcome To The Night” video (from The Tip album):

The TIP “Welcome To The Night” HD Official Video