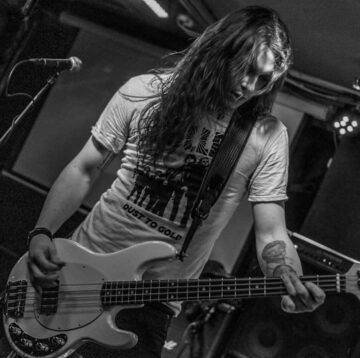 The following message was posted in part on The Treatment‘s Facebook page earlier today:

As you all know our dear friend Rick left the band recently and we have been on the hunt for a 4 string hairy rock n roller wild man.

WELL HERE HE IS…!

Everybody, please welcome Andy Milburn. We’re more excited than ever for the future and the new album is gonna blow your socks off!

Hope to see you all at show as soon as we’re out of this madness!”

The Treatment have released the albums This Might Hurt (2011), Running With The Dogs(2014), Generation Me (2016) and Power Crazy (2019). Only guitarist Tagore Grey and drummer Dhani Mansworth remain from the line-up that played on the record This Might Hurt. Lead vocalist Tom Rampton and rhythm guitarist Tao Grey round out the current line-up.

The Treatment‘s “Hang Them High” video (from Power Crazy album):