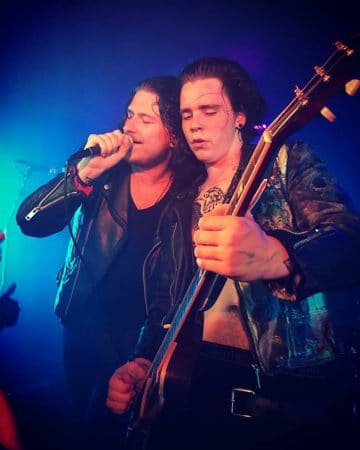 Great news for The Treatment fans as the group has just announced its new lead vocalist Tom Rampton who presumably made his live debut at the band’s sold out gig at Portland Arms in Cambridge, UK on December 18, 2017.

The following message was posted on The Treatment‘s Facebook page earlier today:

It is with great pleasure that we introduce our new singer Tom Rampton. We are very excited having Tom as a part of The Treatment and anybody who came to our sold out Cambridge show will know that he is a great addition to the band.

We have an album to record this year and lots of shows starting with the Dead Daisies shows in April. So we hope to see you in 2018.

BACK IN BUSINESS,
THE TREATMENT X”

Rampton replaces singer Mitchel Emms who decided to leave the group back in September 2017. Emms handled the lead vocals on The Treatment‘s last studio album Generation Me, which ranked #4 on Sleaze Roxx’s Top Ten Albums of 2016 and #14 on the Sleaze Roxx Readers’ Top 20 Albums of 2016. Emms had replaced singer Matt Jones who appeared on The Treatment‘s first two albums This Might Hurt (2011) and Running With The Dogs (2014).