The Treatment release video for new song “Let It Begin”

U.K. hard rockers, The Treatment, have released a video for a new song entitled “Let it Begin” from their upcoming third studio album Generation Me, which will be released on March 18, 2016. 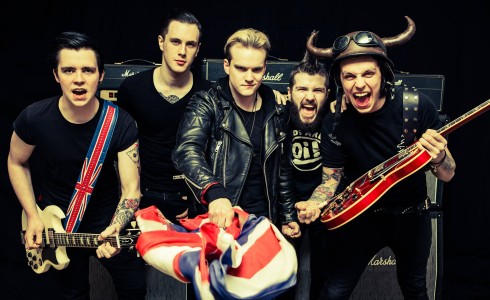 “Well here it is.

Introducing the first video from our forthcoming album ‘Generation Me.’ We hope you enjoy listening to it half as much as we’ve enjoyed putting it together. We honestly all believe this is a huge step forward for The Treatment and can’t tell you how excited we are for you to finally be able to hear ‘Let it Begin!’

BUT, there’s more! We are delighted to be able to announce the details of our full UK tour running from the end of April until early May, and we’re taking our mates The Amorettes out with us!…”

Sleaze Roxx stated the following in its review of The Treatment’s 2014 album Running With The Dogs which featured singer Matt Jones: “It’s always tough for bands to top their debut releases, because they had their entire lives to prepare for it. That’s what makes Running With The Dogs so special, it is heads above the debut and even trumps the vast majority of music being pushed to overwhelmed consumers these days. If you’re one of those people that feel the hard rock needs a shot in the arm, look no further than The Treatment — these guys have all the tools in place to be the new kings of the genre.”