Hungarian rockers, The Trousers, have released a third video in support of their album Mother Of Illusion and this time for the song “Cool Operator.” 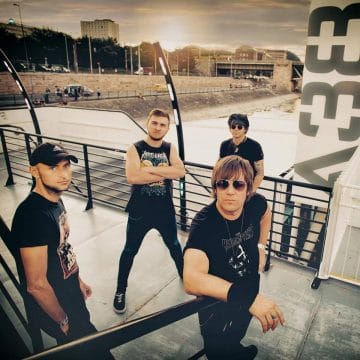 The group’s Bio on its Facebook page states (with slight edits):

“The band was formed in Budapest, Hungary in 2005 under the influence of 60-70’s genres (garage rock, hard rock, soul), contemporary scandinavian and US garage bands like The Hellacopters or BRMC and such indie bands like Primal Scream.

The first EP “Dive Insane” was released in 2007 and their single topped Hungarian national radio chart for three weeks and it was released in the US and in France. In 2008, the first LP “Planetary Process” was released, and the next year, besides Hungary, they played in Germany (Melt! Festival), Belgium (Botanique Club – Boutique Rock) and Denmark (Gutter City Garage Rock Festival).

In 2010, the second album “Soul Machine” was out, and in 2011, it was nominated as “The best hard rock/HM album of the year” in Hungary, and the video of “Mortal Moon” was broadcasted in several countries like Switzerland or Italy. They also had a collaboration with English band Cornershop, and they had several requests for using up their songs, for example “Hawaii 5.0” in the States. In the autumn and winter of 2012/13, they began to work on their new material. Some previously released songs were reveived well; “Sister Sludge” appeared on NME.com.

In February [2014], the band shot a video for “I Get Around” which was very successful: about 10,000 views within 6 weeks!!! The new album, Freakbeat was released in April, featuring legendary Nicke Andersson (ex-The Hellacopters, Imperial State Electric), and received excellent reviews, and was nominated for Fonogram prize as “Best hard rock album of 2013 in Hungary”.

In September [2014], they released a video for “Real Deep Groove” with the feature of Nicke Andersson.

In May 2015, the band released their fourth album, Mother of Illusion and receiving fine reviews.”

“Cool Operator” is the third official video from The Trousers’ 2015 album “Mother of Illusion” (Soulmachine Records).Directed by Tibor Simon-Mazula.http://th…