The Wild! finding it incredibly hard that their album ‘Still Believe In Rock And Roll’ did not get proper shot

The Covid pandemic has wrecked havoc all around the world and especially for the music and concert industries. One victim of the Covid pandemic was The Wild!‘s third studio album Still Believe In Rock And Roll, which was released on March 20, 2020 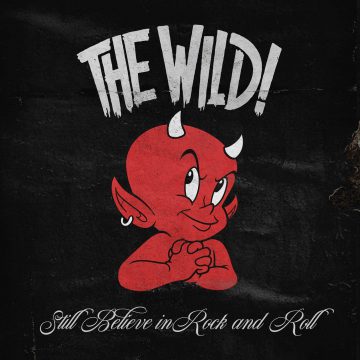 just when the Covid virus was literally shutting down the entire world. Although Still Believe In Rock And Roll landed the #4 spot on the Sleaze Roxx’s Top Ten Albums of 2020, The Wild! clearly feel that the record did not get the recognition or push that it deserved based on their following Facebook post on March 19, 2021:

“It’s hard to believe this album came out a year ago today. It’s also incredibly hard to know this album has yet to get the proper shot it deserves to be toured and to be heard by so many more of you all over the world. We really felt that this was going to be the record that could change things for us. It’s got the right songs and coupled with our biggest year on the road to support it, we were all very ready to stand behind it every night no matter what city we were in. Unfortunately things didn’t go as planned. If I’m being honest, that’s been a hell of a hard pill to swallow for us but let me wrap things up by saying this… We don’t give a shit about your award nominations, your radio play or your playlist adds. THIS IS THE BEST ROCK RECORD OF 2020. Period. Thank you very much. Now turn this record all the way up today and do whatever the hell you wanna do this weekend. Be sure to let us know your favourite tracks in the comments below. We would love to hear from y’all today.