The Wild! release video for “Ready To Roll” 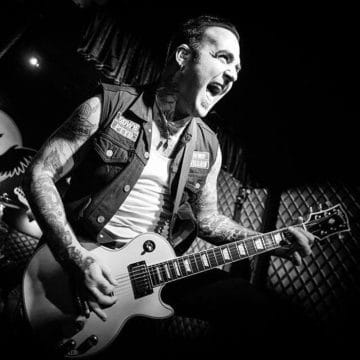 A day after the release of their new video came to a crashing halt due to apparent viewing overactivity, Canadian sleaze rockers The Wild! have re-released their video for their new song “Ready To Roll” from their upcoming sophomore album Wild At Heart, which will be released on February 17, 2017.

The following message was posted on The Wild!‘s Facebook page earlier today:

“Here it is folks! As promised, the ‘Ready To Roll’ music video directed by Stuey Kubrick. Shoutout to our friends at REVOLVER for today’s exclusive.

“When we made our first video, it was over the top & really turned a lot of heads. So we knew when we were making this one, we had to really step it up. From lighting guitars on fire, jumping off cliffs, guns, random explosions, excessive pyro, playing our instruments on top of a moving RV while ripping down a desert highway & then actually blowing up that RV with explosives…I’d say we did alright”

The Wild!‘s “Ready To Roll” video: