Canadian rockers, The Wild!, have today made their biggest announcement yet when they posted: 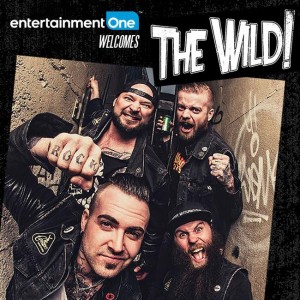 “We are so stoked to finally announce that we have signed with eOne USA to cover WORLDWIDE territory making us the first Canadian band to sign internationally with eOne Music. Our record ‘GxDxWxB‘ is NOW AVAILABLE EVERYWHERE. USA/UK/EUROPE/AUS/SOUTH AMERICA/JAPAN… GO GRAB THAT SHIT & TURN IT UP ! We are fired up & can’t wait to get on the road in these countries.
Shine up your party boots. We’re comin’.
GxDxWxB”

Sleaze Roxx stated the following in its recent review of GxDxWxB: “One listen to GxDxWxB confirmed that this was a phenomenal record. Reckless fury — you got it. Unconventional — you got it. Scorching guitar licks — you got it. Great songs — you can bet your ass they have that.” Sleaze Roxx concluded that: “What I like the best about GxDxWxB is that the songs have a lot of melody to them in their own special way yet have this sleazy hillbilly like fury to them, which makes them stand out. At the end of the day, my friend Mark’s prediction was slightly off. The Wild!‘s GxDxWxB won’t just make my top 5 albums of the year, it might just be at this time my top album for 2015!”

Sleaze Roxx also had the opportunity to speak to The Wild!‘s frontman Dylan Villain who commented in the interview when things really started to happen for the band: “It was when the “Roadhouse” video came out. We saw the video and we were so happy with it, loving it. It came out and I don’t know — there were 10,000 views in a couple of weeks or something like that. We 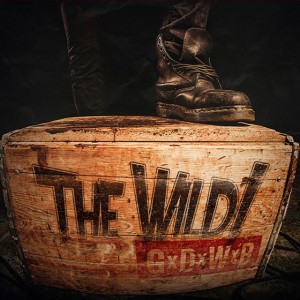 were like “Oh! That is fucking great!” And then, it was like 30,000 in a month. And then it was like “Holy shit!” You know we just kept going and going. And from there, that’s when the phone started ringing. That’s when Mike Fraser called actually. He saw the video. He got turned on to it through management or something. He called management and said, “Look. I’ve got to work with this band.” So imagine us getting that call from our manager: “Hey! Mike Fraser wants to record you.” We were like “Hooooly shit!” This guy has 20 years of AC/DC records, Aerosmith, Motley Crue, Metallica — just to name a few and fucking, he wants to work with us! So we are going, “Oh fuck! Of course, we want to work with him but how in the hell are we going to afford this?” We toured — I don’t know how long, it was a short time — but we fucking just toured and toured and toured. Because the video was out and the song was getting radio play in [the province of] Alberta [Canada] and some in [the province of] B.C. [British Columbia, Canada] and because Jason Ellis featured us a couple of times on his show, there was a bit of a buzz going on so that when we were booking these shows without an agent, there was decent dollars on the table and we had good merch. And just fuck, just being relentless. We never stopped! So we do that. We just saved money everywhere that we could. We fucking ate whatever was available to us, drank whatever was available to us, slept wherever we could and we just pooled all this money and the final push was Indiegogo.”