The Wild to open for Airbourne during fall North American tour 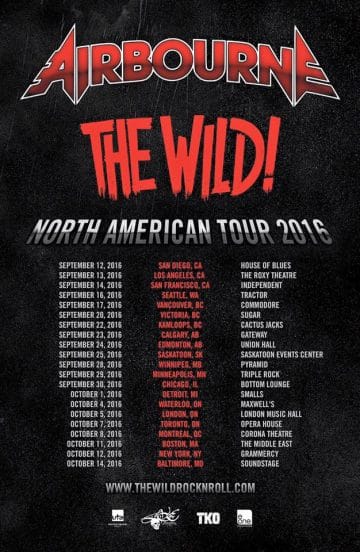 Canadian rockers The Wild will be opening for Airbourne during the latter’s fall North American tour dates starting tonight on September 12, 2016 to October 14, 2016. 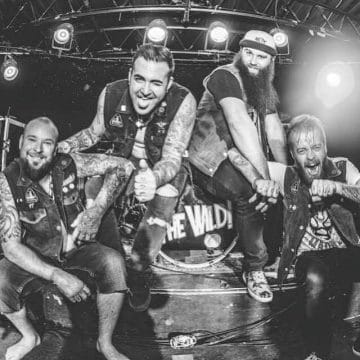 The Wild‘s GxDxWxB album ranked #2 on Sleaze Roxx’s Top Ten Albums of 2015. Sleaze Roxx stated the following with respect to GxDxWxB: “I have got to say a big thank you to my friend Mark who for at least a couple of months was always inquiring whether I had checked out Canadian rockers The Wild!‘s debut album. Due to my friend’s consistent, determined and gentle “pestering,” I eventually bought The Wild!‘s debut album GxDxWxB and I was simply blown away. Throwing virtually all caution to the wind, The Wild! delivered a rambunctious sleaze and hillbilly filled dose of rock n’ roll, which grabs you by the throat and never lets up. While there are definitely some AC/DC influences on The Wild!‘s debut album, the Canadian rockers take the AC/DC foundations to the next level in a crazy filled yet bluesy melodic way. This was definitely the surprise album of the year and The Wild! will no doubt have a very difficult act to follow on their next album.”