The Wild! to unleash new album ‘Still Believe In Rock And Roll’ on March 20th 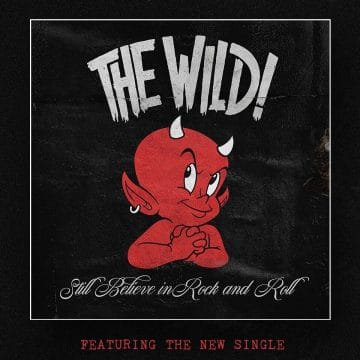 The Wild! previously released an EP titled GxDxWxB and a full-length album Wild At Heart, and both finished at #2 on the Sleaze Roxx‘s year-end best albums chart, respectively in 2015 and 2017.

The following message was posted on The Wild!‘s Facebook page earlier today:

In a time where our genre has never seemed more lost, we stay the course. Some of us still believe in rock and roll music and this album is for those of us that do.

Sleaze Roxx stated the following about Wild At Heart‘s #2 finish on the Sleaze Roxx’s Top Ten Albums of 2017: “For the longest time — well, seven months or so — The Wild!‘s sophomore album Wild At Heart was going to be the #1 album on Sleaze Roxx’s Top Ten Albums of 2017. I truly thought that The Wild! would end up number one until Tales From The Porn‘s debut album came along. Just like in 2015, The Wild! takes the #2 spot on Sleaze Roxx‘s year end top albums list. At least, Wild At Heart can lay the claim to my most played album of 2017. Although The Wild! borrow heavily from AC/DC, they have their own identity music wise and are also a must see band in a live setting. What distinguishes The Wild! from many of the other artists in this top 10 list is that just like Steel Panther and Airbourne, they often tour with many bands that wouldn’t necessarily receive coverage on Sleaze Roxx such as for example Adrenaline Mob. That may well be the best way for a long and successful music career these days for sleaze rock type bands. I fully expect that The Wild! will continue for a long time to come and likely have a few more future albums figuring on the Sleaze Roxx’s Top Ten Albums of the Year. Will The Wild! finally take the #1 spot with their next studio album? I can’t wait to find out.”

The Wild!‘s “Ready To Roll” video (from album Wild At Heart):