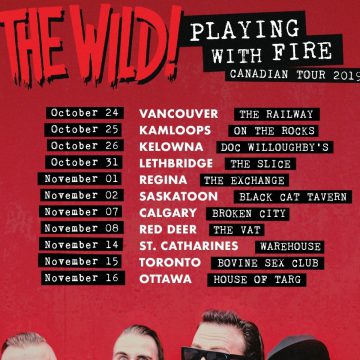 The following message was posted in part on The Wild!‘s Facebook page yesterday:

“After just coming off the biggest tour of our career in Europe this past year, we can’t help but be reminded of where it all began. What better way to relive those memories than to go back to our roots and play the kinds of clubs in our home country that helped us get here.” – Dylan Villain”