Western Canadian hard rockers The Wild!‘s debut full-length album Wild At Heart will be available on vinyl very soon as the group is currently taking pre-orders as of today via the band’s web store.

The following message was posted on The Wild!‘s Facebook page on September 7th: 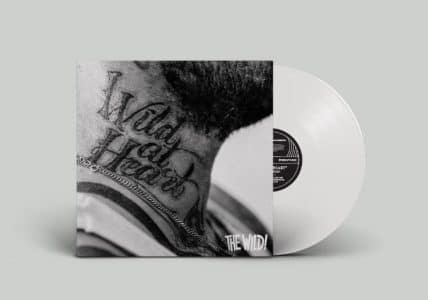 “2 years later and this album just won’t quit… SURPRISE! Wild At Heart… ON VINYL. 180 grams of limited edition white wax for your listening pleasure. Shoutout to our friends at Plush Vinyl for making this record sound the best it possibly could. We know a lot of you have been waiting a long time for this and we can’t wait for you all to hear it. Pick up your copy from us on the road this fall! All dates, cities and tickets avail at : www.thewildrocknroll.com. WORLDWIDE PRE-ORDER link coming soon… Have a good weekend!”

The Wild!‘s Wild At Heart album finished #2 on the Sleaze Roxx’s Top Ten Albums of 2017 to which Sleaze Roxx stated:

“For the longest time — well, seven months or so — The Wild!‘s sophomore album Wild At Heart was going to be the #1 album on Sleaze Roxx’s Top Ten Albums of 2017. I truly thought that The Wild! would end up number one until Tales From The Porn‘s debut album came along. Just like in 2015, The Wild! takes the #2 spot on Sleaze Roxx‘s year end top albums list. At least, Wild At Heart can lay the claim to my most played album of 2017. Although The Wild! borrow heavily from AC/DC, they have their own identity music wise and are also a must see band in a live setting. What distinguishes The Wild! from many of the other artists in this top 10 list is that just like Steel Panther and Airbourne, they often tour with many bands that wouldn’t necessarily receive coverage on Sleaze Roxx such as for example Adrenaline Mob. That may well be the best way for a long and successful music career these days for sleaze rock type bands. I fully expect that The Wild! will continue for a long time to come and likely have a few more future albums figuring on the Sleaze Roxx’s Top Ten Albums of the Year. Will The Wild! finally take the #1 spot with their next studio album? I can’t wait to find out.”