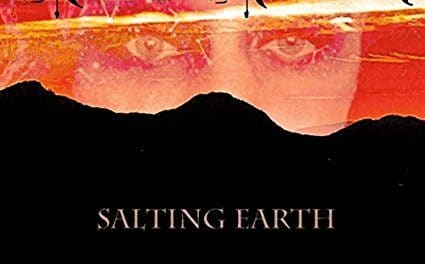 Good news for Richie Kotzen fans as the singer will be releasing his 21st solo album, which will be entitled Salting Earth, and released via his own label Headroom-Inc. on April 14, 2017. 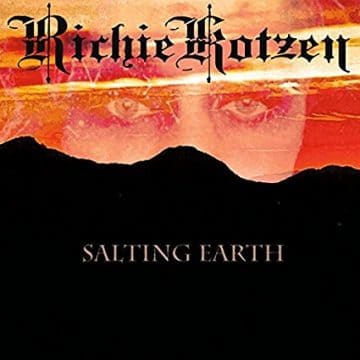 “Richie Kotzen has never been an artist known for playing by the rules. And for this ever-adventurous triple-threat songwriter/guitarist/vocalist, that meant putting on the brakes after a nonstop flurry of band-related activity in order to refuel the creative process for the ten heartfelt and hard-hitting songs that comprise his new, vibrant 21st solo album, Salting Earth, out April 14 via his own custom label, Headroom-Inc.

Kotzen tossed convention on its ear by actually taking one step back in order to move two steps forward. “It’s something I really needed to do in order to reset myself,” he explains.

Kotzen’s “charge to recharge” was officially put into play following the mega-success of the 2015–16 tour behind his band The Winery Dogs’ sophomore effort, the oh-so-appropriately named Hot Streak. And the man’s reset manifesto wound up hitting all the right buttons too. The proof is on display deep within the grooves of Salting Earth, which veers from the balls-out, heads-up declaration of the opening track and first single, “End of Earth,” to the burning-sky harmonic thrust of “Thunder” to the Prince-like funk-jazz swing of “This Is Life” to the acoustified take-me-as-I-am self-reflection of the album’s final song, “Grammy.”

The majority of Salting Earth is the result of Kotzen’s one-man production machine, with the exception of Julia Lage adding background vocals to “Make It Easy,” a tasty, sing-along groove stew. “It’s really not deliberate when the record is finished and suddenly I’m the only performer on it,” Kotzen admits. “It actually comes out of my process of writing and documenting my ideas. It started back in the late-’80s when I had a makeshift studio in my parents’ barn. I grew up fairly isolated, and I soon realized in order to get this music out of my head and onto a format where I could listen to it, I’d have to figure out how to do it alone.” 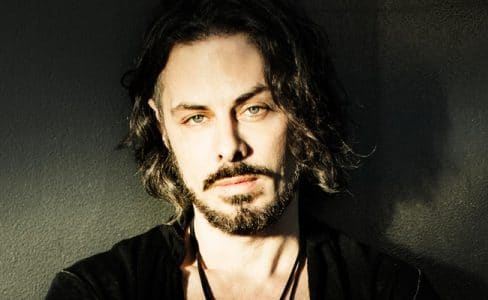 Kotzen’s previous solo release, 2015’s diverse, far-reaching Cannibals, was a well-received hit among his core fan base, and Salting Earth cuts like the aforementioned “End of Earth,” “Thunder,” and “Divine Power” all showcase the scorching guitar solos and soaring vocals that one would expect from a Kotzen solo album. That said, there’s also quite a vulnerable side on display here that’s perhaps best demonstrated in the stripped-down approach to the album’s closing salvo, “Grammy.”

“That song came to me in the oddest way at the most inconvenient time,” he reveals of the track that can be filed in the “first thought, best thought” category. One night when he was home alone, “I basically woke myself up with the chorus melody in my head, and in my haze, I knew that if I didn’t at least record the idea, it would be forever lost. I ended up programming a simple drum beat, and then recorded the acoustic guitar. The lyrics pretty much wrote themselves. By 6 in the morning, the song was finished. I was going to do more overdubs, but I kept playing it over and over, and I just felt like there was something so personal coming out of the speakers. By messing with it, I’d likely destroy the magic — so I left it as it is.”

Bringing Salting Earth live to the people is Kotzen’s next holy mission. “My real outlet is touring — playing live as much as I can, wherever I can, whenever I can,” he says enthusiastically. “It’s one of the few things you can’t copy, steal, or download. It’s an engaging human experience that’s a give-and-take between both the performer and the audience, and there is nothing else like it on this earth.”

Kotzen will launch his “Salting Earth Tour” on April 21 at The Canyon Club in Agoura Hills, CA. He and his band are planning to tour extensively throughout the U.S. and continue their journey into Mexico, South America, and Europe. A complete list of international tour dates will be posted on Kotzen’s official website and social media pages. 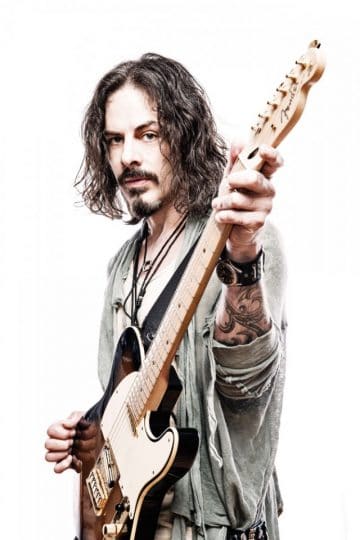