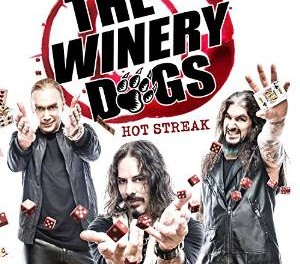 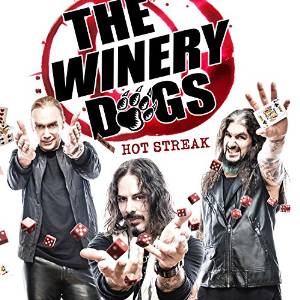 The Winery Dogs have released a video for the ballad “Fire” from their new album Hot Streak, which was released on October 2, 2015.

Sleaze Roxx stated in its review of Hot Streak: “…after going through the record, all 13 songs, I can say it with a clear conscience that it is almost completely full of splendidly written material. There are energetic tracks, like the title track, “Ghost Town” or the aforementioned “Oblivion.” There are songs here which I find all rhythm, like “Captain Love” or “Empire” while there are even some very good slower tunes like “Fire.”

All in all, while really trying hard to be skeptical, I couldn’t find a weak spot on this release. I know that tastes are subjective, but this album really appealed to me from the opening “Oblivion” to the closing track “Lamb” which starts kind of slowly, but then goes faster, with a very catchy chorus. And I think that is the secret behind this release. The songs here are from many spectrums of hard rock — fast, slow, rhythmical — but the one thing that unites them all is and the best word that comes to mind is “catchiness.” I think the songs are just written very well.”