Current Mr. Big and The Winery Dogs bassist Billy Sheehan was recently interviewed by AXS and asked what are his plans for the rest of 2017. 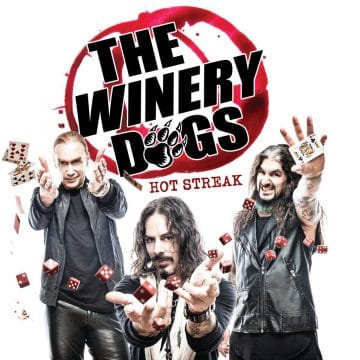 Sheehan replied: “We’re probably going to do some writing for the next Winery Dogs album. We’ve launched that band and it was an incredible success all over the world too, in Europe and South America and Asia, and all across America – we did really well everywhere and we’re supremely thankful. So we’ll probably start writing towards autumn, once I’m done with Mr. Big stuff I’ll start getting material together for that. I’m kind of glad we took a lot of time between the second album and the third album with The Winery Dogs because it gives us a chance, especially after two albums that did really well, to go off and get some experience and come up with some new ideas instead of being forced into trying to write when you might not be inspired, so this gives us a little time off to make some things happen. When we come back together it’ll be fresh and new and I think the third Winery Dogs album will be indicative of that.”

Sleaze Roxx stated the following in its review of The Winery Dogs‘ last studio album Hot Streak: “I cannot remember when was the last time I tried to be so skeptical towards an album and at the end failed so miserably. The only thing I believe could be done better would be the graphical design of the album cover, which to me looks a bit cheesy. This however is completely irrelevant to the quality of music. I find The Winery Dogs‘ Hot Streak is one of the best albums that I have heard this year, and maybe even one of the strongest in Kotzen’s writing career. I believe that the real challenge before these guys will be for the next record to top its predecessor. However, seeing how they pulled it off with Hot Streak, I think the chances are pretty good.”

You can read the rest of the interview with Billy Sheehan at AXS.