The Winery Dogs featuring Richie Kotzen on lead vocals and guitar, Billy Sheehan on bass and Mike Portnoy on drums will be releasing the album Dog Years: Live In Santiago & Beyond 2013-2016 on August 4, 2017. 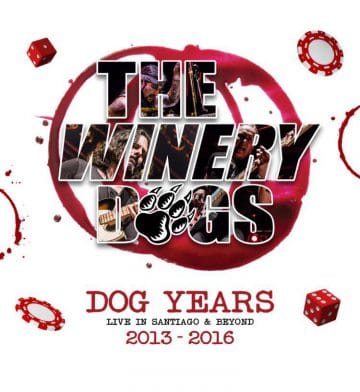 “When a new band gets nothing but glowing live reviews right out of the gate for their first two albums, they must be doing something right.

The Winery Dogs—Richie Kotzen (vocals, guitar), Billy Sheehan (bass), Mike Portnoy (drums)—have been mesmerizing live audiences at over 200 shows with their monstrous musicianship since they exploded onto the scene in 2013 with the release of their self-titled debut album.

Now it’s time to show fans, old and new, what people have been saying about The Winery Dogs since their first worldwide tour launched in 2013. Dog Years: Live In Santiago & Beyond 2013-2016, which will be available in both standard and deluxe editions, is a collection of live concert footage, music videos, and an EP of previously unreleased studio tracks, is due out August 4 on Loud & Proud Records. Pre-orders are available now on Amazon for the deluxe and standard editions. A trailer can be seen on the label’s official YouTube page.

A standard two-disc edition of Dog Years: Live In Santiago & Beyond 2013-2016 will be available which includes one Blu-Ray disc of the 100-minute concert, eight music videos from the band’s two albums, and the Dog Years EP on CD. A special edition five-disc package will consist of one Blu-Ray disc, one DVD of the live concert material and the eight music videos, the Dog Years EP on CD, as well as two CDs of the live concert audio. 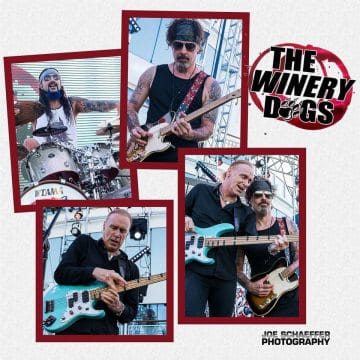 This is not the band’s first foray into the special edition CD/DVD world. In 2014, The Winery Dogs Special Edition was released as a two-CD collection. Disc 1 is the standard album and Disc 2 is entitled Unleashed In Japan 2013, comprised of 10 songs recorded live in Japan during their July ’13 tour, including “Criminal,” a track previously unavailable in the U.S., along with a 16-page booklet of live photos and lyrics. Unleashed In Japan 2013 is also available as a stand-alone digital album. Dog Treats: The Winery Dogs Deluxe Special Edition, a limited edition release, is available in a box resembling a box of dog treats, which includes the Special Edition collection of music, a DVD featuring four music videos and interview footage, demos from the original recording sessions, a “studio diary” written by Mike Portnoy, as well as some unique merchandise unavailable elsewhere.

The Winery Dogs’ debut album was hailed as “…one of the most intriguing releases of the year” by Loudwire.com, and in a recent reader’s poll on Revolver magazine’s website, fans called it their “Album of the Week.” After it was originally released on July 23, 2013 on Loud & Proud Records, it debuted on Billboard’s “Top Alternative Albums” chart at #3, “Top Independent Albums” chart at #4, “Top Rock Albums” chart at #5, “Top Internet Albums” at #8 and “Top 200 Albums” chart at #27. 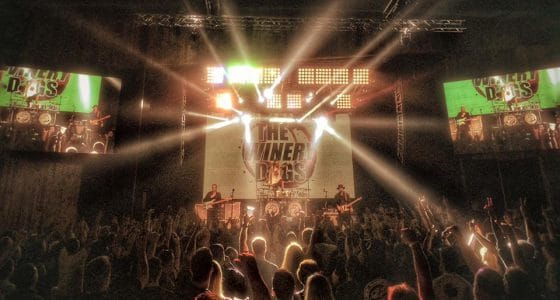