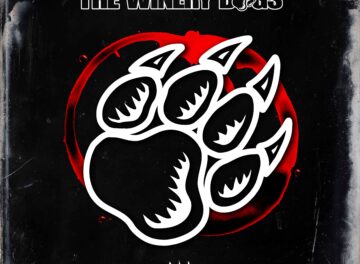 The Winery Dogs consisting of frontman Richie Kotzen, bassist Billy Sheehan and drummer Mike Portnoy have unveiled a video for their latest single “Mad World” from their upcoming third studio album III, which will be released on February 3, 2023. 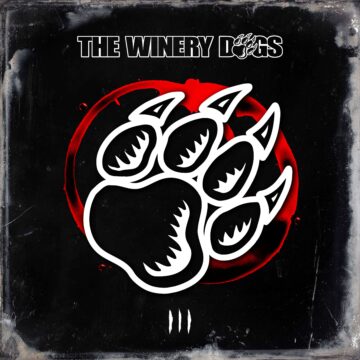 “2023 will not be the year to let sleeping dogs lie. Not when it comes to The Winery Dogs, who are kicking off the new year with more new music from their forthcoming and aptly named third album III.

The album’s second song release, “Mad World,” can be seen and heard now on the band’s official YouTube page with the Vicente Cordero-directed video shot in Los Angeles last November.

The first song to be released from III, “Xanadu,” made its world premiere on December 8, 2022 during Eddie Trunk’s “Trunk Nation” show on SiriusXM Satellite Radio. It’s now available on digital formats here. Fans wanting to pre-order the album and enter to win a custom Fender Richie Kotzen Telecaster guitar can go here. The Vicente Cordero-directed video can be seen on the band’s official YouTube page. A vinyl edition of III will also be forthcoming in just a few months.

About “Mad World,” Eddie Trunk declares, “On first listen, ‘Mad World’ was one of my favorite tracks on the coming new Winery Dogs album. Just a great classic sounding rock track with top notch musicianship, but above all a great song! I had tremendous response to my world premiere of the lead track, ‘Xanadu,’ and I expect fans of the band will not be disappointed with ‘Mad World’ and the killer entire new album III when they get to hear it soon!”

“’Get on the bus, go do the exercise’ is the opening line of the song and it really sets the tone,” explains singer/guitarist Richie Kotzen. “The song is dealing with a certain attitude or way of thinking forced on individuals regardless of your own life experience or unique individuality. I remember a time where opposing opinions and viewpoints were more accepted. A good old healthy debate was a great thing back then. This song is really shining a light on how there may be certain consequences to pay if you don’t think a certain way. It’s also reflected in the lyric, ‘You’d better bite your tongue so you sound the same.’ It also offers a glimmer of hope in its chorus with the line ‘Turn from a scar into a pearl.’ So it’s not all doom and gloom. There’s always a chance to turn things around.”

In addition to the new music, fans will also be excited to hear that the trio is hitting the worldwide concert trail starting February 15 in Greensburg, PA at the Palace Theatre for their “202III World Tour.” Ticket and VIP package info can be found on the band’s official website.”