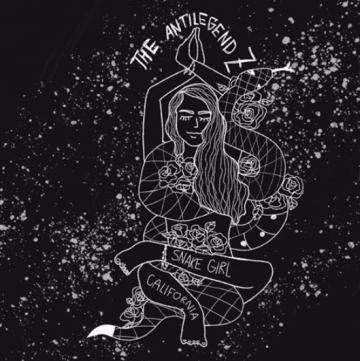 Belgium based TheAntiLegendz, consisting of Mikky Gray who handles all the instruments and vocals, have released a new single titled “Snake Girl California” for streaming.

With respect to being a one man band, Gray indicated: “I always handle and handled vocals, guitars, bass, lyrics and production because where I live in Belgium, it’s very hard to find people who like that music or perform that music. Perhaps you can call me a control freak but I love taking care of all the music.”

In terms of the impact that the Covid-19 pandemic has had on him personally, Gray noted: “Covid-19 had a positive and negative impact on me. In terms of the positive, I could finish the single and I am almost finished the new record Message From The Other Side, which should be out by September or October of this year. The negative — well, a lot of people died and I wanted to form a touring band to go on a tour for that album cause TheAntilegendz‘s music is liked in countries like South America, North America and Asia but Europe has always been difficult for TheAntilegendz.”