The Antilegendz have released a video for the song “Amy Confession” from their new album Divorcing The Devil, which was released on January 12, 2016 and is available for purchase via cdbaby. 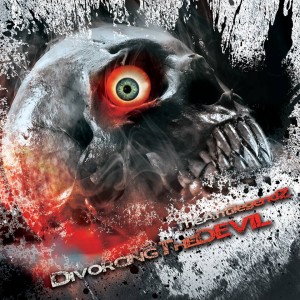 The group’s frontman and main man Mikky Danny Gray describes the band’s history as follows on his Youtube page (with slight edits): “TheAntilegendz were originally born in 1990 at highschool in Belgium (Europe). The band was going under the name of Hollywood Suicide. Unfortunately, due to the birth of grunge and many line-up changes and finally people stealing the name Hollywood Suicide, the band disbanded. Now in early 2011, Mikky Gray (vocalist/guitarist) recorded and released the debut album Violent Desire on his own taking all vocals/guitars and bass on his part. Unfortunately, due a lack of support and help from radios or record deals and the 1st album not being produced properly (lack of time), Violent Desire didn’t get the exposure it deserved.”

Speaking exclusively to Sleaze Roxx back in January 2016, Gray stated the following about The Antilegendz‘s new album Divorcing The Devil: “The album took about five years to make. I was on and off through personal stuff in my life [and] that’s why the album took so long to make.”

TheAntilegendz were originally born in 1990 at highschool in Belgium(Europe)the band was goin under the name of Hollywood Suicide.Unfortunately due to the bi…