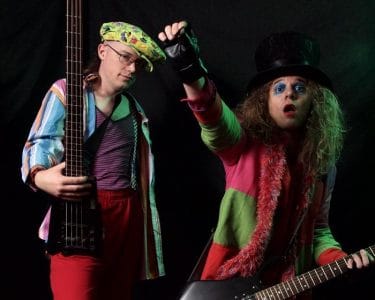 “Lipstick (Band) is looking for a new guitarist! We’re a theatrical hard rock band based around the sounds of 70’s and 80’s hard rock, based in Nashville, TN. The band’s sound is often compared to KISS, Alice Cooper and Thin Lizzy. Visually, we take many of our cues from 70’s British Glam bands like Slade and David Bowie, and 80’s Japanese Visual Kei bands like X Japan. We are a positive band and play songs about overcoming adversity and following your dreams, and our stageshows are large and theatrical, featuring battles with supervillains and giant dancing cats at each show. We are seeking a lead guitarist with a positive attitude who wants to create positive music alongside a mind-blowing stageshow that explodes color into a black and white world. Please message me if you’re interested, and to my other friends, please share to spread this and help us find the right person. God Bless.”