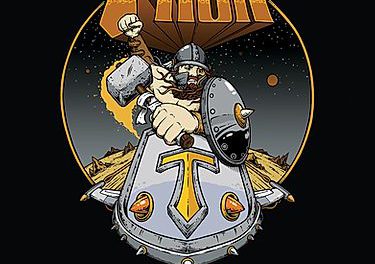 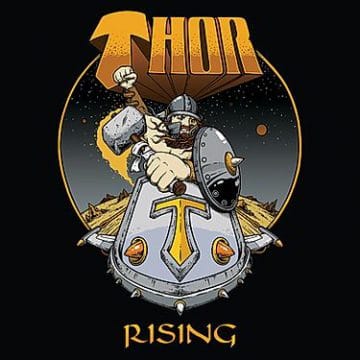 Thor along with his band members were recently interviewed by Jimmy Kay for Canada’s The Metal Voice at the Metal Hall of Fame 2020 in Anaheim, California, USA. When asked about the musical direction on the new album versus the last album, Thor indicated (as transcribed by The Metal Voice with slight edits): “There are some pretty heavy cuts on this album like “Wormhole” [and] “Defend Or Die.”  The whole band contributed to the writing of the album. There is a song by co-producer Kevin Stuart Swain that is more of an alternative cut and very prolific. It’s called “The Party Never Ends” and he also co-wrote the title [track] “Rising.” There is also the more heavy stuff from bassist Ted Jedlicki and guitarist Matt Hamilton. Another song I wrote is  called “Power Mask.” It’s about love. When you break up with your girlfriend, you have to put on your mask, a facade. There is also a little science fiction too because I love fantasy. Two singles will be coming out. One is “Wormhole” and the other is “The Party Never Ends” so stay tuned.”

You can read further excerpts from the interview with Thor at The Metal Voice‘s website or listen below: