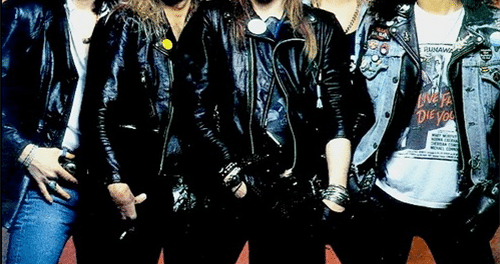 More and more reports are surfacing that only three of Guns N’ Roses‘ five original members will be reuniting. 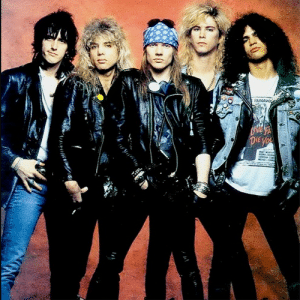 It appears that lead singer Axl Rose, guitarist Slash and bassist Duff McKagan might well be the only original Guns N’ Roses‘ band members reuniting this time around with drummer Steven Adler (1985-1990) and guitarist Izzy Stradlin (1985-1991) on the sidelines. Another notable former band member that might be left on the sidelines is drummer Matt Sorum who replaced Adler, was in the band from 1990 to 1997, and played on Guns N’ Roses‘ Use Your Illusion I (1991), Use Your Illusion II (1991) and Sympathy For The Devil (1994).

The other band members that would reportedly round out the “reunited” Guns N’ Roses line-up would be keyboardist Dizzy Reed, guitarist Richard Fortus and drummer Frank Ferrer. Reed has been part of Guns N’ Roses‘ line-up since 1990 and is in fact the second longest tenured member of the band after Rose. Fortus joined the band in 2001 while Ferrer joined the group in 2006 and both played on 2008’s Chinese Democracy.

This makes some sense as both Fortus and Ferrer are still in the Axl Rose led Guns N’ Roses line-up while guitarist Ron “Bumblefoot” Thai reportedly left Guns N’ Roses in 2014 and guitarist D.J. Ashba announced his departure a few months back in 2015.

Whether fans would fully embrace a Guns N’ Roses “reunion” line-up with only Rose, Slash and McKagan as the only original band members remains to be seen.