With the release of their third studio album Ride To Nowhere three months away, Inglorious have announced that three fifths of their line-up have left the band and thus far, only one replacement has been found in 19 car old guitarist Danny Dela Cruz. 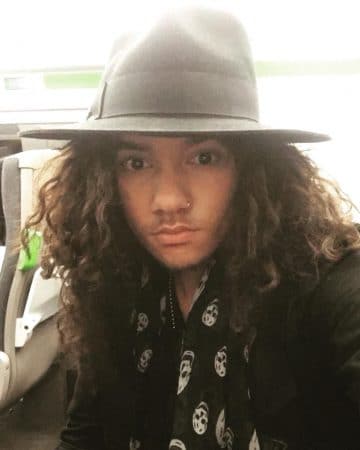 Vocalist Nathan James says. “Our new album “Ride To Nowhere” signals new beginnings for the band – a different sound and a different lineup. I want to wish Colin, Andreas and Drew all the best with future musical adventures. Thank you for bringing the baton to this point to pass on. We are delighted to welcome Danny Dela Cruz into the fold – he’s a wonderfully gifted player, and we can’t wait to see what he brings to the band. I couldn’t be more excited for what the future brings with Inglorious.””

“Statements like this one are not easy to write.

I’m extremely grateful for the opportunities I’ve had over the last three and a half years and also for the friends I’ve made along the way not to mention the support from the wonderful fans and supporters around the world. But the time has now come for me to move on from Inglorious. I wish the band nothing but success and I hope to see you all soon!

To fans of Inglorious:

I’m not sure how to write this but last night I left Inglorious. I’ve had a few issues with how things have been running and tensions at times with certain members. I don’t find it a positive energy to be a part of anymore and so, with so much positivity in other areas of my life, have decided to leave.

I do wish the project well and thank everyone involved for some great memories.

I’m eternally grateful however to the fans, friends and families that have shown me so much support over my duration in Inglorious. Who knows what’s next but I have piles of music to go through and a lot to talk about.

Lots of love and thanks,

Thank you for welcoming me into the band. I had a great 2 years and some great memories but it was time to move on. Thank you all! Drew X”

Inglorious‘ “Where Are you Now?” video (from upcoming Ride To Nowhere album):